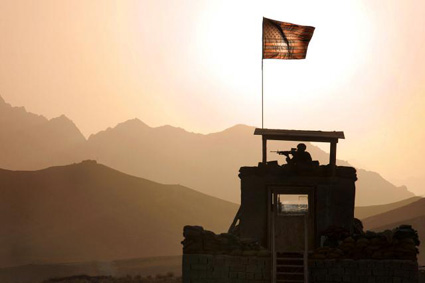 The Afghan election issue has “complicated the situation for us,” Gates said, but he said he doesn’t expect it to delay Obama’s decision on the larger issue of charting the way forward in Afghanistan.

The process goes beyond who ultimately wins the election, he said, to the Afghan people’s confidence in their government’s legitimacy.

Ninety percent of the Afghan people don’t want the Taliban return to power, a fact Gates said creates “some tremendous opportunities” if the Taliban’s momentum is reversed.

U.S. and coalition forces are working alongside Afghan security forces to seize these opportunities.

“Even though the president has further significant decisions in front of him, we already have 68,000 American troops on the ground in Afghanistan and almost 40,000 troops from other countries,” Gates said.

These troops “are not all just staying in their tents while we wait the outcome of the elections,” he said. “We are not going to just sit on our hands waiting for the outcome of this election and for the emergence of a government in Kabul. We have operations under way and we will continue to conduct those operations.

“So the key is, how do we move forward in a way that takes advantage of that hostility to the Taliban — and perhaps in no small measure, a memory of what it was like when the Taliban ran the country — and do so with the Afghan people having confidence in the legitimacy of their government?” he said.

Building that confidence is going to take time, with the United States and its international partners working together with the Afghan government to help it tackle corruption.

This is among the issues Gates said Obama and his national security team are wrestling with as they review the U.S. strategy in Afghanistan.

“I see this as a process, not something that is going to happen all of a sudden where one day you have a big problem and the next day you are not going to have any problem,” he said. “It is not going to be complicated one day and simple the next.”

Gates said he’s been satisfied with the “very deliberate process” under way by the national security team in response to issues raised by Army Gen. Stanley A. McChrystal’s assessment. McChrystal is the chief of U.S. and NATO forces in Afghanistan.

The secretary conceded that the assessment “presented a much more challenging situation in Afghanistan than we thought we faced” when Obama made his initial decisions about the U.S. strategy there in March.

That’s broadened the scope of the review, he said, to include issues ranging from troop levels to the need for more civilian assistance, to the best way to reintegrate former Taliban members.

The secretary said he sees the fact that the president’s review isn’t yet completed as a positive, not a negative, when he attends a NATO ministerial in Bratislava, Slovakia, later this week.

Noting that McChrystal’s assessment and resource request is being reviewed through the NATO as well as U.S. chains of command, Gates said NATO has as much responsibility in responding to it.

“The reality is, this is an alliance issue,” he said. “If General McChrystal has an additional set of needs, it should not be looked upon as exclusively the responsibility of the United States to respond.

“So I think having a discussion of that, and the fact that this is a continuing shared responsibility, makes it entirely appropriate to have that conversation in Bratislava before decisions are made by the United States,” he continued. “This is an alliance issue.”

Gates said he’s going to the ministerial buoyed that NATO recognizes this.

“Frankly, since the NATO summit last spring, I have seen more energy and more commitment on behalf of both the military and civilian leadership in the alliance than I have seen in the previous two years that I was in this job,” he said.

Gates said he’s not sure what’s brought about this change, but said both he and Navy Adm. Mike Mullen, chairman of the Joint Chiefs of Staff, have sensed it through their meetings and telephone conversations with their NATO counterparts.

“There seems to be a renewed commitment that we have to do this and get this done right. And I think that’s all for the good,” he said.

That’s sets the stage perfectly for the upcoming ministerial, he said.

“So my hope is — still recognizing some of the domestic political challenges that some of them face — my hope is we can have a serious discussion about how things have changed in Afghanistan since last spring, and a way forward in which the alliance can share these responsibilities and work with the Afghan government to move the situation in a more positive direction,” he said. 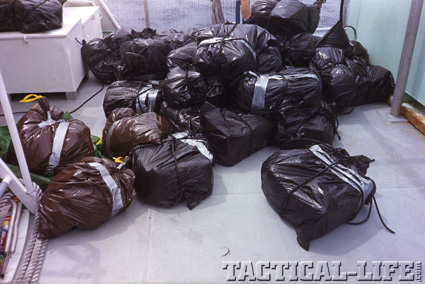