The newest tool coming to combat troops is low-tech: beards. In a report released yesterday, research think-tank Xegis Solutions noted that beards have a direct correlation to combat effectiveness.

Jonathon Burns was the lead researcher in the study.

“We took 100 soldiers. 25 were Special Forces qualified and had beards, 25 were Special Forces qualified without beards, 25 were regular Army allowed to grow beards for the study, and the last 25 were regular Army without beards. All 100 of these subjects were in direct combat in Afghanistan during the study.” 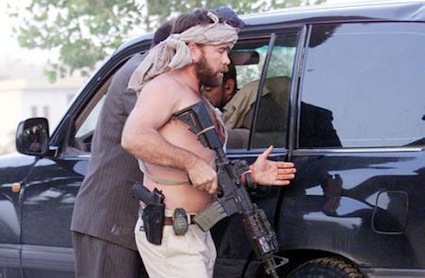 He continued, “Xegis Solutions had several teams of researchers embedded with these troops to make observations on their combat effectiveness. The results were overwhelming, out of the 50 soldiers with beards, zero were wounded or killed and they had a significantly higher accuracy of fire than the soldiers without beards. The soldiers lacking beards had a higher rate of weapons malfunctions and basically, shit went wrong most of the time.”

Source: SGT B for The Duffel Blog.