by Dave Street
in Uncategorized
0 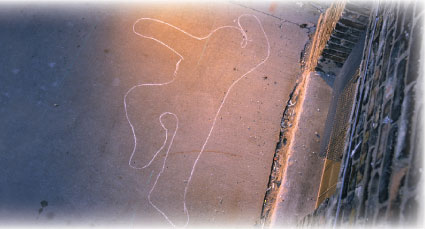 Sorry to say it, but some people are just idiots. Case in point: About 6 am a few weeks back, the call of a suicide came into dispatch. To be more exact, the RP (reporting party) stated his girlfriend had just committed suicide and she was dead in the backyard. Dispatch asked him to check for vital signs, but he declined, saying he didn’t want to go near her. Dispatch asked if he could detect movement or breathing; he said no.

Within minutes, responding units arrived and found this guy standing in the front door smoking a cigarette. That wasn’t so unusual, but his nonchalant demeanor started to ring a few bells. The victim was found out in the backyard lying on her back with a handgun on her chest and bullet wound in her mouth.