The Company also announced today that its Board of Directors declared a dividend of 9.6¢ per share for the third quarter, for shareholders of record as of November 13, 2009, payable on November 30, 2009. The amount of the dividend was based on a percentage of Operating Profit after adjustment for certain items, the same approach used by the Company in the first two quarters of 2009. Under this approach, the amount of the quarterly dividend fluctuates directly with certain operating results of the Company. Chief Executive Officer Michael O. Fifer made the following comments related to the third quarter of 2009:

• This year-over-year increase in demand of approximately 50% substantially exceeded the 11% growth in the National Instant Check System (NICS) background checks over the same period, suggesting the likelihood of some market share gain by the Company and some increase in inventory at the retailers. Comparisons of NICS checks from period to period are often used as a proxy for consumer demand for firearms.

• Cash generated from operations during the third quarter of 2009 was $15.2 million. At the end of the third quarter of 2009, our cash, cash equivalents and short-term investments totaled $53.1 million. Ruger pre-LIFO working capital of $102.3 million, less the LIFO reserve of $41.3 million, resulted in working capital of $61.0 million and a current ratio of 2.8 to 1. The Company has no debt. 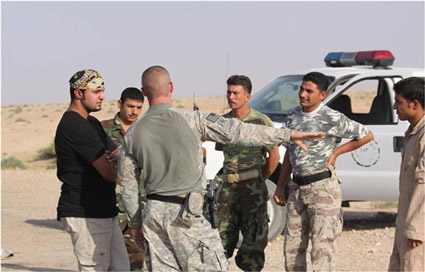 Sturm, Ruger & Company, Inc. (NYSE-RGR) announced today that for the third quarter of…