by Jay Langston
in Guns
0

0
SHARES
1
VIEWS
Share on FacebookShare on Twitter
Velocities were measured with a Master Chrony Beta chronograph. As with all high-rate-of-fire weapons, velocities climbed as much as 70 fps with the same load as the gun got hotter. Oleg Volk Photo

Over the past six decades, Remington has earned a reputation as the sportsman’s firearms maker. The Model 700 bolt-action rifle, the 870 pump-action shotgun and the “11” series of semi-auto shotguns have been carried into the field by millions of hunters worldwide. Stepping back in time, Remington Arms has a history of providing military pistols, rifles and shotguns for American and Allied forces for more than 11 decades up through WW II. 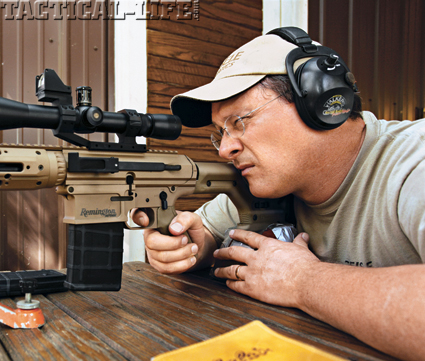 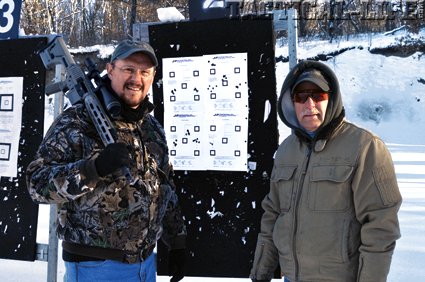 At the helm of this new venture is Mike Haugen, vice president of Remington Defense. He spent 26 years in the U.S. Army, the last 17 of which were in Special Forces. “I spent a considerable amount of time as a sniper and sniper instructor during my time in Special Forces,” Haugen said. “My last four years specifically, I ran all of our advanced combat skills which included sniper training and urban combat courses.”