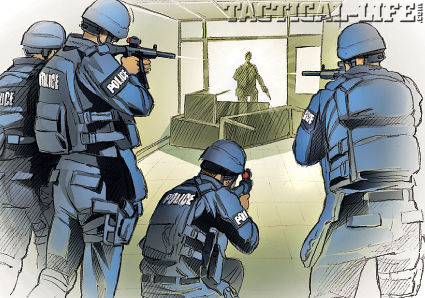 Wanted: Your Under Fire Stories! TW would like to hear from you! Email your submission and photo to tactical-life@harris-pub.com. We pay $100 for any featured story!

“The team responded to an active shooter, who walked into a classroom, pulled a 9mm Browning Hi-Power, and started firing into the ceiling. Two of my squad members who were working patrol were inside the school within two minutes. They isolated and contained the shooter for 20 minutes until the full team was inside.

“The kid was smart. He shot off fire extinguishers to limit our visibility, and then sent out a paper-airplane map that showed our positions and listed the weapons we were carrying. He’d barricaded himself in the classroom, and we had no idea if he still held hostages. He did tell the negotiator that S.W.A.T. arrived too soon and that he ‘hadn’t had time.’

“A hostage-rescue plan, with sniper support, was being set up when the kid stepped up to the barricade and raised the Browning toward the S.W.A.T. officers. He was immediately shot in the head, chest, and arm by team members with MP5’s and Colt Commandos. No other students, faculty, or officers were hurt. It was a good mission that went exactly according to plans and training.” 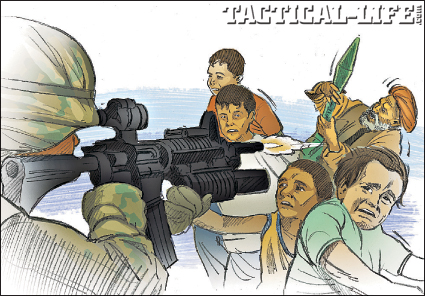 Wanted: Your Under Fire Stories! TW would like to hear from you! Email your…