0
SHARES
12
VIEWS
Share on FacebookShare on Twitter
The Tactical Rifles SPG in 6.5 Grendel is shown equipped with a Heavy Duty XDS bipod from GG&G and the Premier 5-25x56mm Tactical optic.

If I were to use only one word in describing the company Tactical Rifles, that word would be “driven.” The Special Purpose Grendel (SPG) is a result of its intense drive. A drive to perfection. On the surface, the SPG appears to be a traditional AR. Upon closer inspection, the SPG has been so refined that it is more than an AR. From the beginning, Tactical Rifles intended this rifle to be exactly what it became, a remarkable precision rifle. Everything was selected with care and consideration. If there is anything Mil-Spec on this rifle, it is perhaps only the cotter pin that retains the firing pin. The result is a precision rifle with excellent ballistic capabilities that is ideal for the LE marksman. 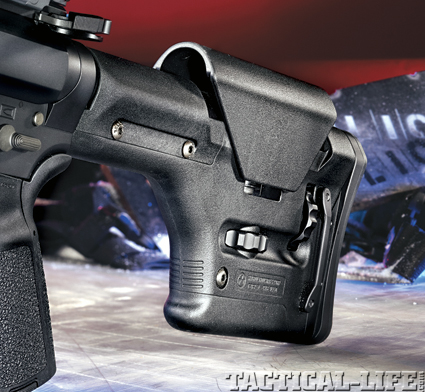 The PRS precision-adjustable buttstock is designed to offer the fine-tuned feel of a precision target stock with numerous adjustment points.

Gun Details
Tactical Rifles chose the 6.5 Grendel cartridge for the SPG, the proprietary cartridge developed by Bill Alexander of Alexander Arms in 2002. Although considered an intermediate cartridge, the 6.5 Grendel was designed for use as a long-range cartridge in a nominal AR-15 rifle. This highly accurate cartridge can be used in the AR due to its low recoil and compact size.

The 6.5 Grendel comes from a long family of PPC cartridges created in the mid-1980s. Alexander’s goal for the 6.5 Grendel was to develop a match cartridge for the AR platform that met or exceeded the ballistic performance of the .308 Winchester (7.62x51mm) while constrained by the AR magazine dimensions. Design parameters were a bullet with a ballistic coefficient (BC) of .460 to .500 at a target velocity of 2,650 feet per second (fps). 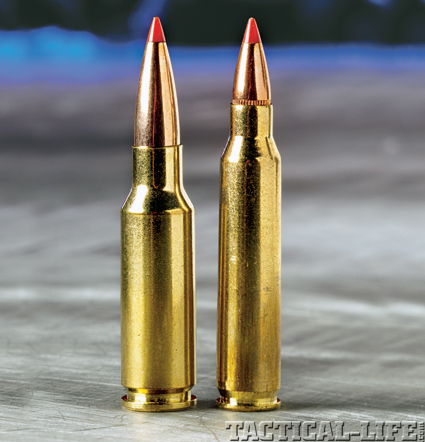 The 6.5 Grendel bullet has about twice the mass of the 5.56 and is designed for energy retention for greater downrange performance.