TASER X12 LLS By Kevin R. Davis
TASER and Mossberg build the only less-lethal force shotgun of its kind!

PASSING THE TORCH By Eric R. Poole
Armed with new S&W pistols and trained by Coalition forces, Afghan and Iraq defense teams get ready to protect and serve their new democracy!

CQB LONG GUN CONTROL By Richard Nance
Keep your weapon out of the wrong hands with the failproof C.O.P. P. techniques!

THE SNIPER PSYCHE By Jon Weiler
Outside the box training for today’s most elite military and LE marksmen.

PARARESCUE JUMPERS By Nick Jacobellis
High-speed, low-drag warriors excel at their missions “so that others may live.”

ROLLING BUNKERS By Patrick Durkin
Mulit-mission MRAPs are deflecting bombs and saving lives in the War on Terror!

ADVANCED OPTICS ACOG: Life before the Sandbox By Dave Spaulding 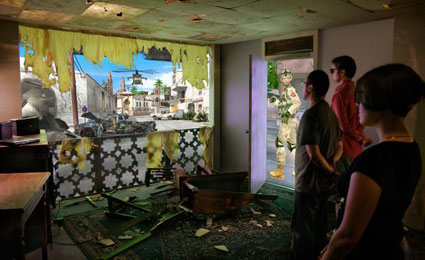