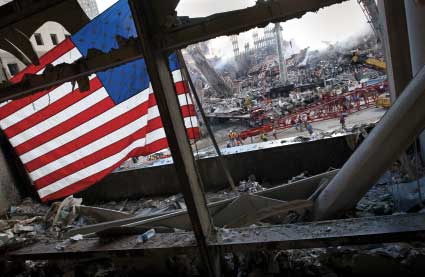 A few months after the 9/11 attacks I read an article in an LE journal regarding how to deal with terrorism on our own soil. By this time we knew Al-Qaeda, led by Osama Bin Laden, was behind the atrocities. The author of the article was a nationally recognized LE trainer and expert witness in the justifiable use of force.

The author posed a question to the police readers. He asked the hypothetical question: “If you confronted Bin Laden during a traffic stop or in an alley, would you do the right thing and arrest him?” Could police officers control their anger over the murder of three thousand Americans and be professional law enforcers? 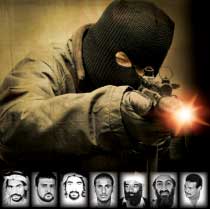 I consider the author a friend and one of the preeminent police trainers of our time. Because I had originally been one of his students, my first reaction was to wholeheartedly agree with his premise. However—there’s always a “however”—the more I thought about the subject, the more I disagreed with my friend, at least from a tactical standpoint.

Traditional Police Mindset: Law en­­­­forcement officers are sworn to enforce the statutes, codes and regulations set down by elected officials and the Constitution of the United States of America, as well as the state and/or municipality they work for. Deadly force is not the first, but the last option. An officer’s primary mission is to seek out and arrest lawbreakers so they can be brought to trial. Cops aren’t soldiers, nor are they trained to be.

Upon leaving the academy and hitting the streets, cops encounter every kind of criminal from the petty thief and opportunist to the professional drug dealer. They deal with the perverts, the rapists and the sick, twisted vermin of society. All of these creatures have things in common: They do their crime for personal pleasure, monetary gain, or self (or sometimes “holy”) gratification.

The vast majority of these criminals are not trained killers and killing is normally a byproduct of their crime, not necessarily their primary goal. Yes, I know there are plenty of murders annually, but the killers are also thieves, rapists and druggies. Gang members kill other gang members; though only in rare cases do they indiscriminately murder strangers. Serial killers, though horrific, are fortunately a rarity. Few career cops will ever encounter one during their tenure.

Muslim Terrorists: Consider Muslim terrorists, the violent branch of radical Islam. Their primary mission is killing. It’s not something that happens when they are caught stealing a car or selling dope to an informant. Killing is the number one method for reaching their goal of terrorizing and destabilizing Western society.

Despite all the ugliness and atrocity that veteran peace officers witness, it’s easy to say that very few cops today have had to face such a vicious threat. We are talking about animals that would strap 10 pounds of explosives to a teenager and send him into a pizza shop, the kind of enemies who will indiscriminately kill commuters on a crowded subway train.

These are vermin who will stick a knife into the throat of a journalist and saw his head off while videotaping the scene. And, in case you have forgotten, they are the kind of vile scum that would take over a school, then rape, torture and murder children all in the name of their “holy” cause.

How do you deal with subjects whose primary concern is causing the greatest amount of death and destruction possible before they are stopped? More to the point, how do you transition from the mentality of dealing with your average street idiot to that of dealing with an extremely deadly and determined foe?

Soldiers and S.W.A.T. team members go into battle understanding that they are dealing with extreme danger. They are already mentally tuned in. Street cops, the ones who will be the first responder, are not as a rule mentally prepared to deal with such a threat. Even if they have given it some thought, how much actual training have they undergone?

One of the greatest advantages seasoned officers have is their wealth of experience. By the time they have five, six, or seven years on the job they have arrested hundreds of suspects, perhaps thousands, many of whom had to be physically controlled to effect their arrest.

Some veteran cops have held felons at gunpoint; fewer have been in actual shooting confrontations. Those who have been involved in shootings, and come out on top, have a psychological advantage. They have faced potential death, dealt with it and survived. The more violent confrontations you are involved in, the better prepared you are to deal with them. Unfortunately, it is also true that your first deadly encounter may be your last.

Given the traditional mindset that police are supposed to apprehend first and only resort to deadly force last, you can see how the Good Guy is at an extreme disadvantage when confronting a terrorist. The Muslim terrorist’s aim is to kill as many innocents as possible. The mental commitment to kill anyone that may prevent him from carrying out his mission has already been made. That “anyone” may be the highway patrolman who is making a traffic stop or the sheriff’s deputy who is answering a suspicious-person call.

It’s Your Job, Get Trained: Compared to those in the rest of the world, we in the United States have had relatively little terrorist action here on our shores. The rest of the world is decades ahead of us when it comes to dealing with terrorism. How can we train our LE personnel, the ones who will be first on the scene, to deal with the raw violence and animal brutality of the terrorist? More to the point, can we train them and should we make an effort to do so? From a moral standpoint, how we can justify not training our officers to deal with terrorist situations?

Recognizing the Threat: The first step in the educational process is introduction to the enemy. Far too many street cops are ignorant (that doesn’t mean stupid, it means lacking information) of the very real and deadly threat posed by Islamic terrorists. There are plenty of case studies available to introduce officers to the enemy. There are the Daniel Pearl and Nick Berg beheadings, the Beslan school massacre, the London subway and the Madrid train bombings for starters, not to mention 9/11.

Here is one you probably haven’t read about: In October 2005 the BBC reported that three girls who attended a Christian school in Indonesia were beheaded by Muslim terrorists. The murderers deposited one of the girls’ heads outside of a local church. This is the kind of enemy we are dealing with.

Don’t think this can happen here, in your neighborhood? Muslim terrorists and their plots have been discovered all across America. The Trolley Square Mall, in Utah, was a shooting perpetrated by a young male who was Muslim. The D.C. snipers were both Muslim.

Honing Tactical Skills: After they have a thorough understanding of the enemy they are facing, it’s time for your officers to get serious about training with their life-saving tools. In most cases, these tools are going to be the handgun and shotgun. In many other progressive departments the list will include a patrol rifle or carbine.

The phrase “hone your skills” doesn’t mean a passing score on the annual qualification course. The basic “Qual” course should be seen as the starting point—the minimum not the maximum. Too many cops have to run through a “warm-up” or practice session before they can even pass the minimum qualification course. There is no warm up on the street. You must be ready from the word “go.” That means frequent practice and training sessions, not every six months or once a year.

Get off of the square range. The vast majority of LE firearms training is done on what we call a square range. All officers are lined up in a neat row, targets are also placed in line evenly spaced and at a known distance; 5 yards, 10 yards, 15, etc.
Rather than going through sterile, cookie-cutter marksmanship practice we need to train our people for difficult situations. Targets should be placed at varied distances and, in some cases, partially obscured by cover or barriers. Yes, we want to ensure that all of our rounds go into a safe backstop to be sure, but that doesn’t mean we cannot set up challenging scenarios.

Put your people through decision-making exercises. Use the full-color “shoot/don’t shoot” targets. Some targets are innocents and others are deadly threats. Make them think before they press the trigger. Challenge your troops with realistic-looking targets. Black-and-white paper is nice for simple marksmanship—but it does not represent the kind of threat they may be facing.

Train Today, Survive Tomorrow: We all would rather that our cops catch car thieves and purse-snatchers and not have to worry about the threat of terrorism. Unfortunately, the harsh reality of today’s world dictates that we must be mentally and physically prepared to deal with the most deadly of threats.

Not every terrorist has to be a foreigner. When a deranged gunman walks into a school and starts murdering innocent children it doesn’t matter if he was born in Baghdad or Brooklyn. As this article is going to press we, witnessed even more terrible atrocities in Milwaukee, WI,  DeKalb County, GA, Kirkwood, MO and not too long ago the psychopathic teen who walked into a shopping mall in Omaha, NE and murdered eight innocent people. Whether they are homegrown or on our turf illegally, we must stop terrorists and we must do it without hesitation. Only by mental and physical preparation can we hope to defeat this eminent threat at the street level, and secure our nation.