NEAR MARJAH, Afghanistan — U.S. Marines and Taliban insurgents exchanged gunfire Thursday on the outskirts of Marjah, a southern militant stronghold where American and Afghan forces are expected to launch a major attack in the coming days.

To the north, a U.S.-Afghan force led by the U.S. Army’s 5th Stryker Brigade linked up with Marines on Thursday, closing off a Taliban escape route to the nearby major city of Lashkar Gah.

No casualties were reported in the scattered clashes, which broke out as Marines moved ever closer to the edge of the farming community of 80,000 people, the linchpin of Taliban influence in the opium poppy producing province of Helmand.

Marines said the Taliban defenders were apparently trying to draw the Americans into a bigger fight before the U.S. was ready to launch the main attack.

Through much of the day, insurgents repeatedly fired rockets and mortars at the American and Afghan units poised in foxholes around the town, 380 miles (about 610 kilometers) southwest of Kabul.

“I am not surprised at all that this is taking place,” said the battalion commander, Lt. Col. Brian Christmas. “We are touching their trigger-line,” referring to the outer rim of the Taliban defenses.

U.S. commanders estimate they are facing between 400 and 1,000 Taliban fighters in the town, the largest in the south under militant control. Plans call for the joint U.S.-Afghan force to seize the town and quickly re-establish government control, offering services such as water, electricity and schooling to win the support of the local population.

Read the rest of the AP story at Forbes.com. 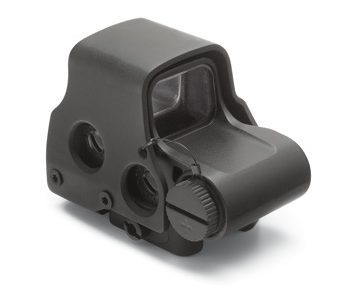 NEAR MARJAH, Afghanistan — U.S. Marines and Taliban insurgents exchanged gunfire Thursday on the…