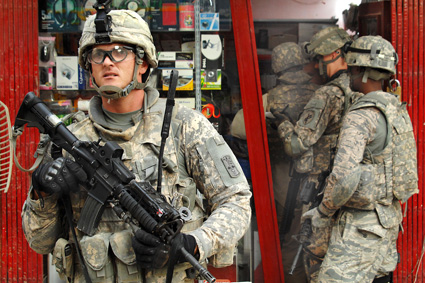 WASHINGTON, Aug. 4, 2009 – The increased troop levels in Afghanistan’s Uruzgan province has expanded the security envelope to roughly 80 percent of the people there, the former commander of Task Force Uruzgan in southern Afghanistan said today.

Security has taken years to establish, but is allowing development to begin in one of the poorest areas of the country, Dutch army Brig. Gen. T.A. Middendorp told members of the Pentagon press corps during a teleconference from Kandahar, Afghanistan.

“If you walk through that province, it is like walking through the Old Testament,” the general said.

Uruzgan province is centrally located in the region and the nation, and is the homeland of Taliban leader Mullah Omar, and also of Afghan President Hamid Karzai. Illiteracy is rampant, with only about 10 percent of all provincial residents able to read and write.

The general, who just turned over the task force command, compared conditions today to what he saw two years ago when he was assigned there in a previous deployment.

The latter may be the most important, he said. Two years ago, fighting was prevalent in the province, “but now the resistance of the Taliban in that province seems to be broken,” he said. The Taliban have shifted from direct combat with NATO-led International Security Assistance Force troops, and now plant more roadside bombs and conduct more mortar and rocket attacks.

“Two years ago, when we went out of the base, we were guaranteed to be in a ‘troops to contact’ situation; and now when we go out, they don’t attack us,” Middendorp said. “We only have to be careful of roadside bombs.”

Helping out is the presence of an Afghan National Army brigade. The Afghans respect the brigade, and it is assuming an increasing role in the security mission, he said. This allows the NATO force to shift efforts to the Afghan police to improve their performance.

Middendorp noted that a growing number of international and nongovernmental organizations are coming into the province. More than 50 organizations find it safe enough to operate in Uruzgan province, and “even the [United Nations] has just opened their office there,” Middendorp said.

The task force’s Dutch, Australian, French and American troops have doubled the size of the protected area in the past eight months, the general said. The troops engage in classic counterinsurgency tactics by protecting the population and allowing reconstruction efforts to begin. Afghan forces take over security missions in these secure areas, enabling the international force to expand the secure area in the outlying regions.

While the unit has a number of Dutch helicopters, the general said he was pleased with the American aviation battalion that operates in the province. “You can never have enough helicopters,” he said.

Intelligence drives operations, Middendorp said, and developing targets allows special forces personnel to move against the insurgents. “They’re doing a great job in there,” he said. “In my period, they had about 15 leaders of the Taliban taken out.”

The increase in American forces to Regional Command South has made it easier to interdict Taliban forces in the region, he said. They are breaking the Taliban lines of communication with Pakistan.

Forces in the region also are working to secure the national elections scheduled for Aug. 20. Interest in the elections is growing, and Afghan forces are ready to secure the polling places.

Middendorp stressed that any progress in Afghanistan is going to take time. It takes the province’s people two to three years in secured areas to feel confident enough to trust NATO forces and the Afghan government, he said. “They also start getting the Taliban out of their areas and being less receptive toward them,” he said.

Middendorp said he has learned that there are no quick fixes in Afghanistan. “If you clear an area, the area is not cleared. It takes a long time to really hold an area. The hard part is maintaining a presence in the area and to gain the trust of the population. Only then can you move to the hold phase,” he said. 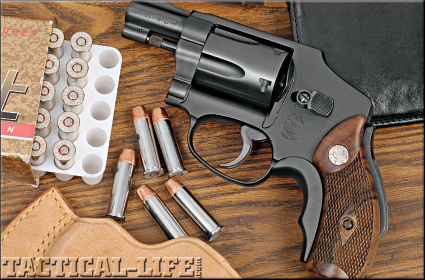