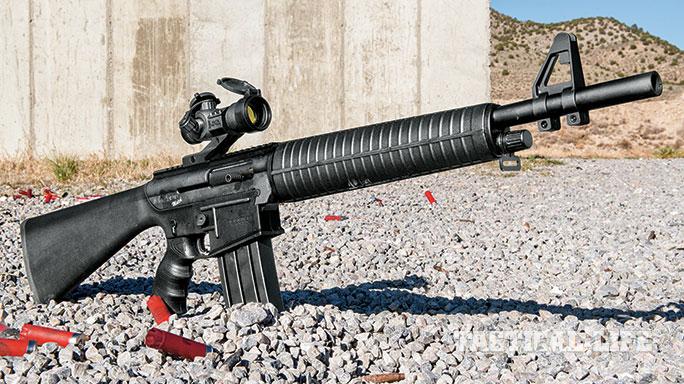 1 of 8
Photo by David Bahde
Gun Test: EAA’s MKA 1919 Match AR-Style Shotgun
Like a classic AR, the MKA 1919 Match comes with a durable polymer handguard with heat shields. Also note the sling loop located at the front of the forend. 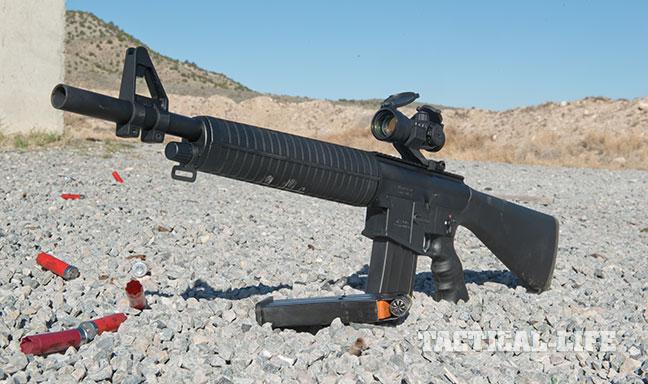 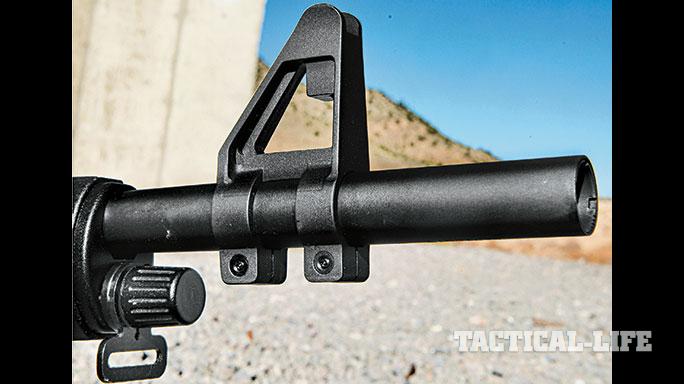 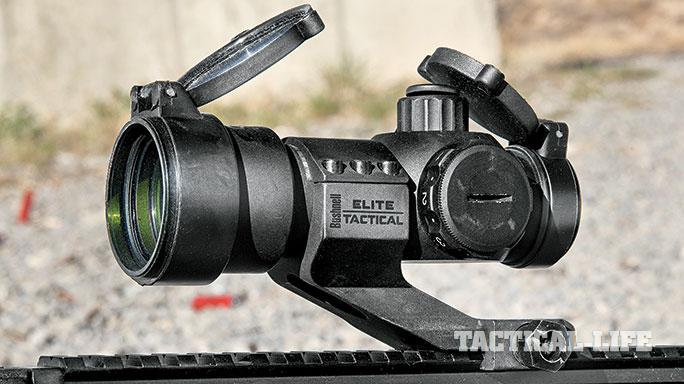 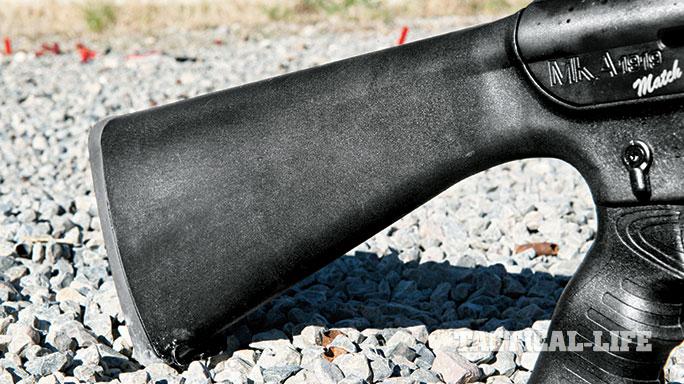 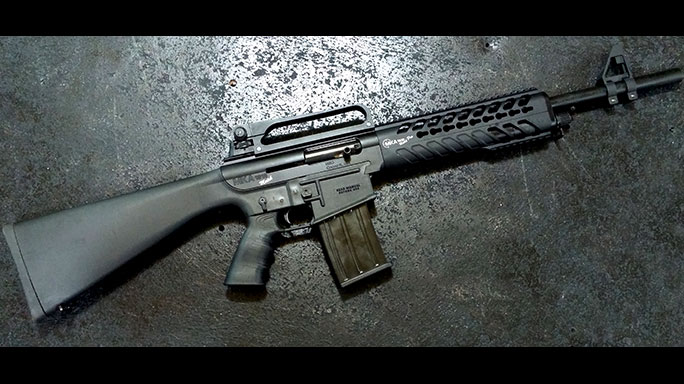 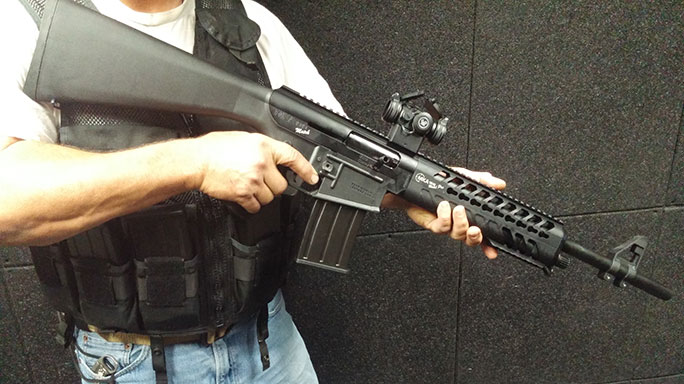 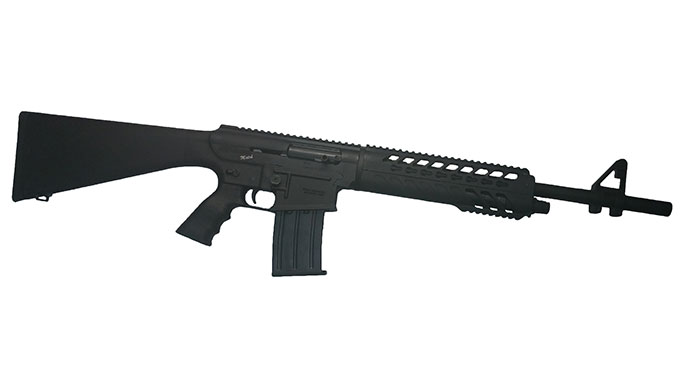 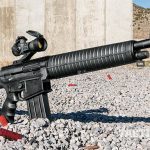 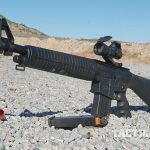 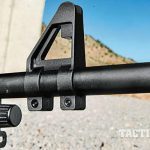 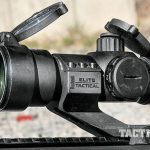 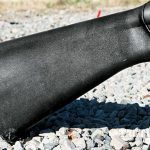 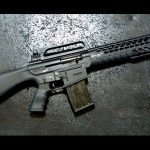 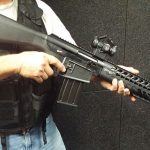 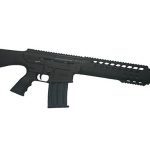 Police departments don’t use tactical shotguns as much as they used to, but they aren’t gone completely.

Police weapon popularity comes and goes, moving in cycles, and shotguns are no exception. Cost is one of the prime driving factors in what weapons are favored by law enforcement. Large urban agencies often prefer shotguns. Several agencies still use them, with a few having shotguns as their primary long guns. Agencies allowing personal weapons frequently see shotguns purchased by individual officers. Rifle costs can still be prohibitive. Many officers either buy a shotgun or go without a long gun. While that’s not really optimal, it’s a reality.

Another common complaint regarding shotguns is the need for training on two different weapon systems. Shotguns are easy to operate, but they bear little resemblance to the AR platform. Semi-auto shotguns are more similar, but they bring their own set of challenges. Tubular magazines require training, practice and understanding. Many magazine-fed shotguns are based on the AK, requiring a new manual of arms. Officers needed a reliable shotgun that operates just like an AR, and the MKA 1919 Match from European American Armory (EAA) Corporation fits this bill nicely.

Earlier versions of the MKA 1919 were met with mixed reviews, but this newest version answers many of the early questions. Made in Turkey, the MKA 1919 Match is a magazine-fed, AR-style shotgun designed to use both 2¾-and 3-inch shells. Built
largely from polymer, the MKA 1919 Match is light and handy. Similar to a full-sized AR, it uses a flattop rail and comes with an A2-style front sight post as well as a detachable carry handle/rear sight.

The shotgun’s controls mimic those of the AR, and the MKA 1919 Match uses an ambidextrous safety along with enlarged bolt and magazine releases. Its magazines are metal, and the action locks open after the last round is fired. An enlarged charging handle is paired with the redesigned bolt. Both the action and loading block have been redesigned for increased reliability.

It’s now easier to take the MKA 1919 Match down, and two gas rings as well as a floating metal feed ramp have been installed for enhanced reliability with different types of ammunition. EAA ships the shotgun with two 5-round magazines, three chokes and a tool to install them.

I ran several popular loads through this shotgun, and they all worked perfectly, in- cluding the most common police practice load, Federal’s 1,200-fps Top Gun Target ammunition. The MKA 1919 Match functioned with both low- and high-brass loads, along with aluminum- and brass-rimmed hulls. Firing slugs into a 4-inch circle at 25 yards, the shotgun was plenty accurate. With tactical buckshot, the MKA 1919 created patterns on par with most every shotgun these days—inside 6 inches out to 25 yards and one large hole from 15 yards and in. Using a Bushnell Elite Tactical 1x32mm CQTS red dot, the MKA 1919 Match was fast on target and light on recoil. The action locked back every time after firing the last round, and the bolt release was flawlessly reliable. In all, the shotgun was as reliable as others I’ve tested that cost two to three times more.

With the exception of the charging handle, the MKA 1919 runs just like an AR. I ran several drills with it, and transitioning to my AR was seamless. Even the sighting system is similar, especially with a red-dot sight mounted. In other words, you probably won’t need separate training programs.

The recoil is manageable—as soft as all but my heaviest AK-based shotguns. The shotgun’s trigger is acceptable for duty use. Its handguard is also easy to grasp, providing solid control during rapid-fire strings. The forend will accommodate both long and short arms. The metal magazines insert easily, lock in place and drop free when required. The five-round magazines should work for LE use, and higher-capacity aftermarket versions are in the works. The magazine-fed design of the MKA 1919 Match makes it easy to switch to less-lethal rounds or other options as needed.

The length of pull is standard (14.5 inches), so it might be too long for some shooters. Using the shotgun while wearing a plate carrier was a bit cumbersome, but it was fine when I wore a standard concealable vest.

For serious consideration as a police shotgun, you’ll need to mount a flashlight. There are a few inexpensive barrel mounts that might work with the MKA 1919 Match. You could also install a railed handguard, but since it’s an import, you’ll need to make sure you are still 922r compliant. Several companies make aftermarket accessories to accommodate this for the earlier versions. Many are working on them for the Match. Given time, this won’t be an issue.

Most officers need their weapons to work right out of the box with minimal cost, and the MKA 1919 Match is very close. Time will tell as to its long-term reliability, but this gun works as well or better than most entry-level shotguns these days. Its MSRP of $699 makes it less expensive than most semi-autos and in line with several pump actions. 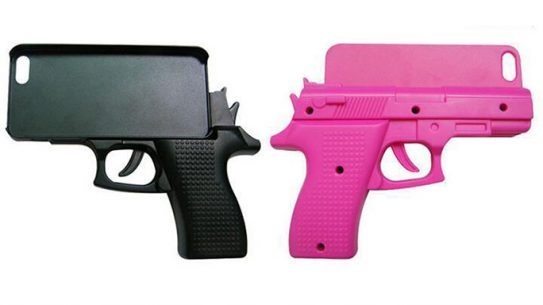 Law enforcement officers are concerned about a new phone case for the iPhone that...