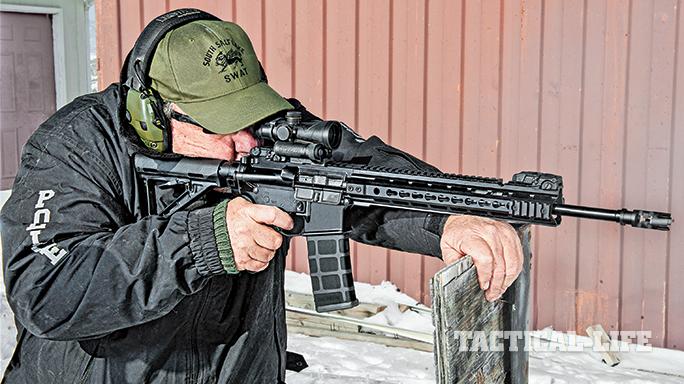 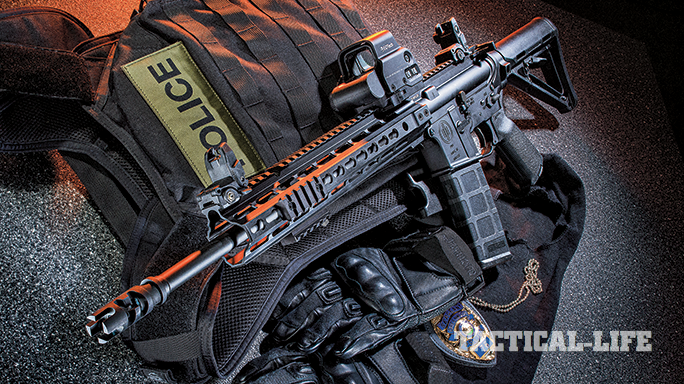 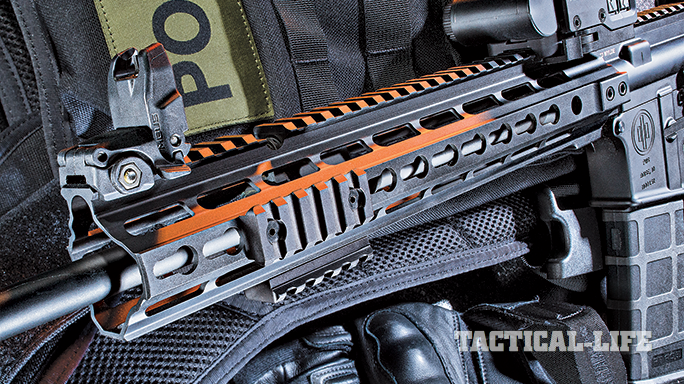 3 of 7
Gun Test: Primary Weapons Systems’ MK116 5.56mm
The handguard features KeyMod slots along the sides and bottom for adding accessories without being too bulky. 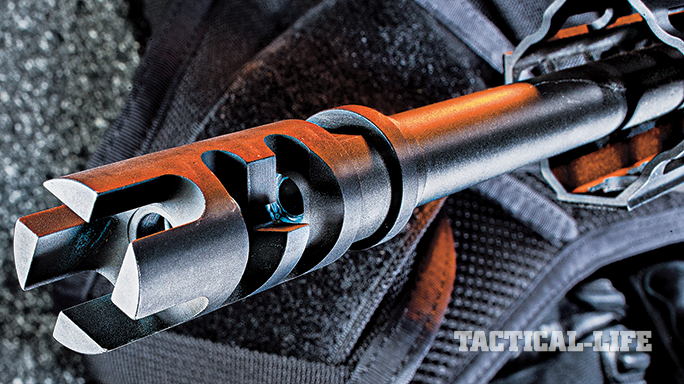 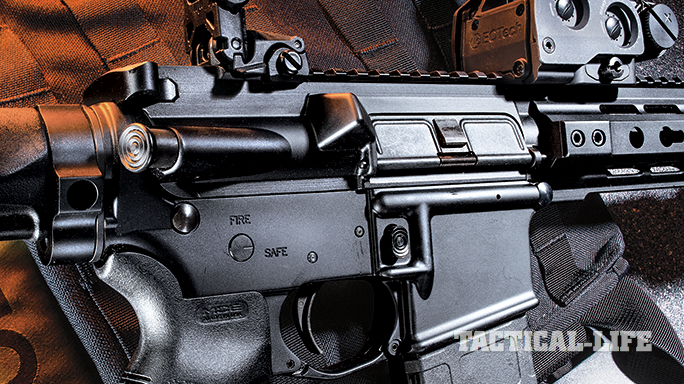 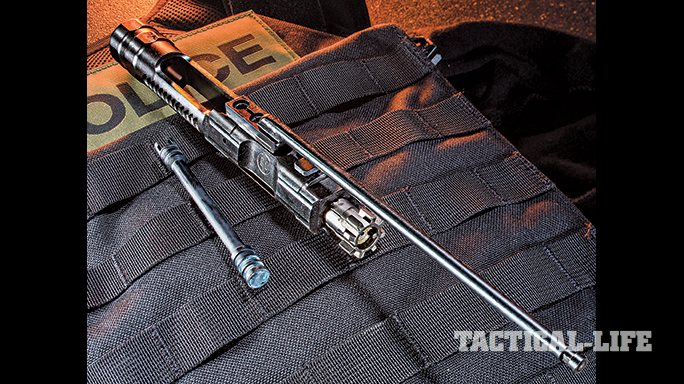 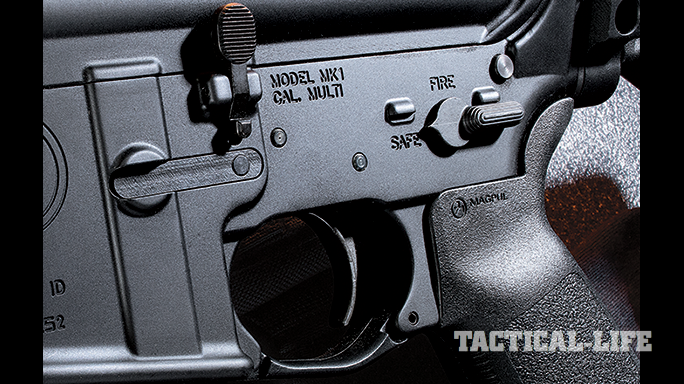 7 of 7
Gun Test: Primary Weapons Systems’ MK116 5.56mm
The MK116’s lower receiver is outfitted with a crisp ALG Defense trigger and an enlarged triggerguard for glove use. 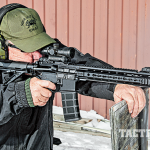 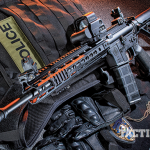 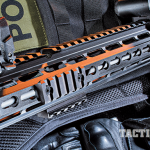 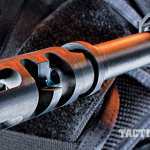 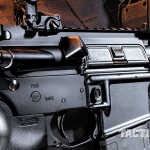 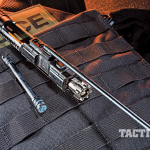 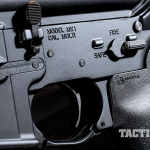 Getting a solid patrol rifle into the hands of a police officer is not always easy. Good rifles are not inexpensive, and cheap ones are not suitable for duty use. Upon my department’s implementing a rifle program in the mid-1990s, this became an issue almost immediately. The agency price on a solid rifle was around $750; the officer price was about $100 more. Deals could be had on cheaper rifles, but most of those were unreliable, inaccurate or both. Although such prices are unheard of today, the basic premise remains. Officers and departments need a good rifle that they can afford and that is appropriate for duty use.

Contrary to some “expert” opinions, duty rifles must be held to a high standard. When your practice or range rifle does not work, you put it away and get it fixed. If an officer’s rifle fails in the field, that could easily mean someone’s life. This is why many agencies are restrictive about what they will allow an officer to carry. Granted, at times those decisions are arbitrary or even political, but most often it is all about ensuring that the rifle will work in the real world.

Is there a need for a brand name or tons of bells and whistles? Not at all. In fact, many rifles carrying well-marketed names can be real jam-o-matics. Years ago, a local agency bought 25 rifles from a “name brand.” Almost three-quarters of them had to be sent back because they could not get through more than two magazines without malfunctioning. Branding, marketing and accessories are great, but this is what’s crucial: The rifle must be as reliable as the platform will allow and accurate enough to get the job done in the real world.

I first dealt with Primary Weapon Systems (PWS) while searching for a truly reliable, 10-inch-barreled, piston-driven AR. I had used typical 11-inch-barreled, direct-impingement rifles for years and knew they were fine unsuppressed. But when you added a suppressor it was a whole other adventure. At the time, piston guns were all the rage, but most were overpriced, over-hyped and did not work any better than a standard gun. The truth is, suppressing a short 5.56mm rifle while maintaining reliability is problematic, whether in a piston-driven AR or not. My contact with PWS was simple and straightforward. PWS simply indicated it would send an upper and told me to test it thoroughly. The company also provided contact information for officers who had been testing and using its rifles in the field.

After rather significant testing with several suppressors, one thing was clear: The upper worked. It was about as close as you get to an AK-47’s reliability in an AR. It reliably fired thousands of rounds on semi-automatic and select-fire, and subsequent tests of PWS uppers and complete rifles in several calibers showed the same results. They all were accurate, reliable and perfectly suited to professional use.

PWS focuses on operators, building guns with function, reliability and ruggedness at the forefront. That goes for its muzzle devices, buffer tubes and small parts, too. Everything that goes into a PWS rifle has been tested in the field—most likely by actual operators. Just as critically, PWS has always done everything possible to keep its prices reasonable.

Not too long ago, PWS made changes across its entire MK1 series of rifles, in every caliber. One of the most requested upgrades was to the handguard. The proprietary gas system did not allow users to replace the handguard, which was rock solid and highly accurate but did not completely free-float the barrel. Many felt this was critical. In its MK1 series rifles, PWS now offers a free-floated, lightweight handguard that employs the Vltor KeyMod system, which permits rails to be placed at various points. The top rail extends the handguard’s full length, and the sides and bottom can be outfitted as needed. Multiple QD sling swivels mean the rifle will accommodate an operator of nearly any size.

The barrels are coated in QPQ for longevity, consistency and corrosion resistance. This is becoming a favorite among many manufacturers and often surpasses chrome-lining in every respect. An adjustable gas block has been added for suppressor use and features four positions, which should take care of most suppressors and any issues with ammo variations. Each barrel is capped with PWS’ FSC556 muzzle brake or Triad flash suppressor.

A heavier, enhanced carrier delays lockup for sure cycling. An enhanced bolt and spring make for a strong bolt group. Another nice change is the user-serviceable piston head, which can now be removed without tools for cleaning or for changing out your charging handle. Each rifle is equipped with a BCM Gunfighter charging handle. An ALG Defense mil-spec trigger is the heart of the forged lower receiver. This trigger offers a crisp pull with less crunch while maintaining complete reliability. PWS’ enhanced buffer tube holds a Magpul MOE stock, two QD mounts facilitate single point slings, and the Magpul MOE pistol grip provides solid control. The rifles are shipped with the required lock, a pair of Magpul MBUS sights and a 30-round PMag.

PWS’ MK116 is a 16-inch-barreled, 5.56mm carbine. Its barrel features six-groove rifling in a 1-in-8-inch twist rate. My test gun’s barrel was capped with an FSC556 muzzle brake, which strikes a good balance between recoil control and flash suppression. It has proven effective and is seen as standard equipment on a number of rifles.

The new forend of the MK116 is very smooth, slim and comfortable, with rails where you want them and QD sling swivels where you need them. The Magpul MBUS sights are rugged and reliable, and the PMag is a combat-proven magazine. The MK116 can go to work right out of the box—just add a sling and spare magazines.

For testing, I installed a 4x32mm Browe Combat Optic (BCO). This sight uses a light sensor to control the illuminated chevron reticle. The BCO is designed to turn on when the scope is moved and to adjust the intensity for the chevron, based on the light at the target. (When necessary, the intensity can be adjusted with the push of a button.) Constructed of titanium, the BCO is light and incredibly strong. The optics are crystal clear, and the 5.56mm chevron reticle is designed to offer bullet-drop compensating lines (Please turn to page )

designed around M855 ammunition. Models are also available with NATO crosshairs in 5.56mm and 7.62mm, or a 300 Blackout horseshoe-and-dot reticle. The BCO has proven very accurate in several rifle tests.

I have yet to test a PWS rifle that was not accurate. Even the Diablo, with its pistol-length barrel, exhibited excellent accuracy. I used a 5.56mm Diablo during a class, under some incredibly harsh conditions. Not only was it accurate at short range, but it was also banging steel close to 300 yards away using an EOTech sight.

Groups were fired from a seated position using a bag as a rest. Hornady’s 75-grain BTHPs took the day with a 0.6-inch group at 100 yards. Silver State Armory’s 77-grain OTM rounds came in at just 0.1 inches larger. Everything fell inside 1.5 inches, with most measuring closer to an inch. The MK116 seems to shoot pretty much everything well, even the 55-grain FMJ practice ammunition. Accuracy over a broad range is always a plus with a duty gun, especially when practice ammunition is hard to get.

I have little doubt that this ALG trigger is one of the best mil-spec triggers on the market. It was crisp, predictable and pretty smooth. As much as I prefer a two-stage unit, many agencies simply will not allow them. So the ALG may be the perfect solution for those who must use stock guns. With a 5-pound trigger pull, the ALG trigger meets most any department specification.

The most noticeable addition to the MK116 is the handguard. My preference is always for less rail and more handholds—the smoother the better. Furthermore, most officers add little more than a light, so everything else is left slim and smooth. For those in need of a foregrip, you can add one without having the rest of the bottom covered in rails. If you need a bipod, then just add a small piece of rail on the bottom.

Moving into my range’s shoothouse and donning a plate carrier, I found the MK116 lightweight and balanced. While the BCO or similar 4x optics work here, they would not be my first choice. Their simplicity makes them reliable and rugged, but they aren’t ideal for close quarters. Mounting a small red dot at 1 o’clock would be the best solution, or just remove the sight and use iron sights. The BCO uses a quick-connect mount, and out at longer ranges it’s just about perfect.

The MK116 does not just represent a cosmetic upgrade to the PWS line. The company has made several useful changes to this system based on the input of actual users. I would not hesitate for a second to put this rifle to work. All it needs is a sighting system (if you prefer), a light, a sling and spare mags. Any officer or professional looking for a true workhorse will do well to choose an MK1 series rifle. Available in 5.56mm and 300 Blackout, the series covers the most popular calibers, with CA- and NY-compliant models also available. The future looks bright for PWS—and for any professional looking for a solid piston-driven AR rifle. 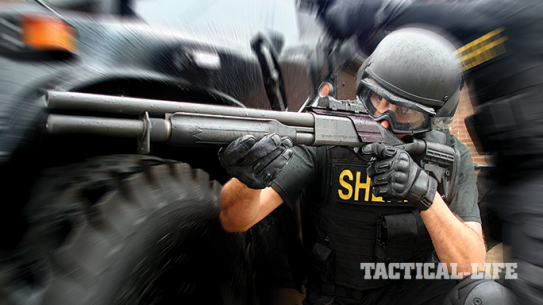 Amp up your duty shotgun with these fast-handling upgrades!