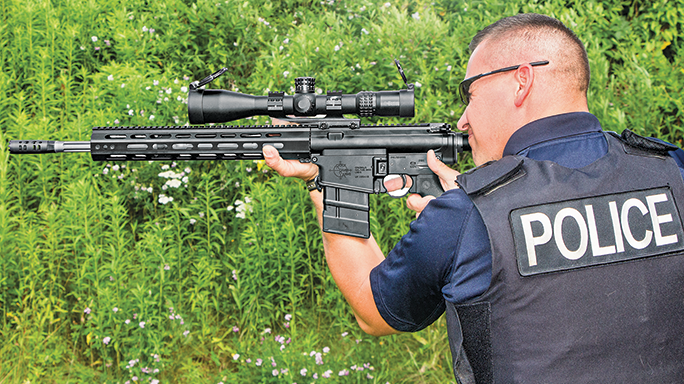 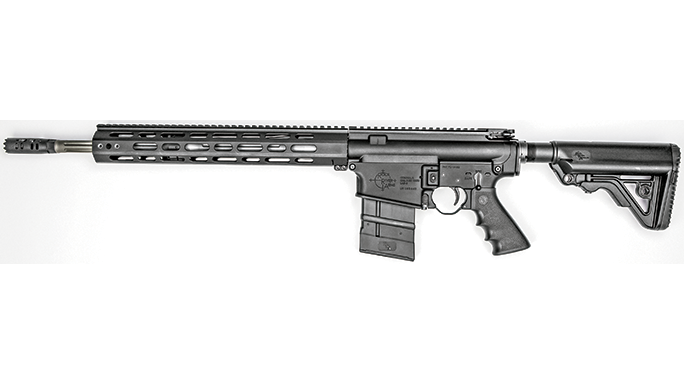 2 of 8
Gun Test: Rock River Arms LAR-8 X-1 Rifle in 7.62mm
Ambidextrous bolt and magazine releases ensure that both right- and left-handed shooters are able to run the rifle without having to alter their grips. 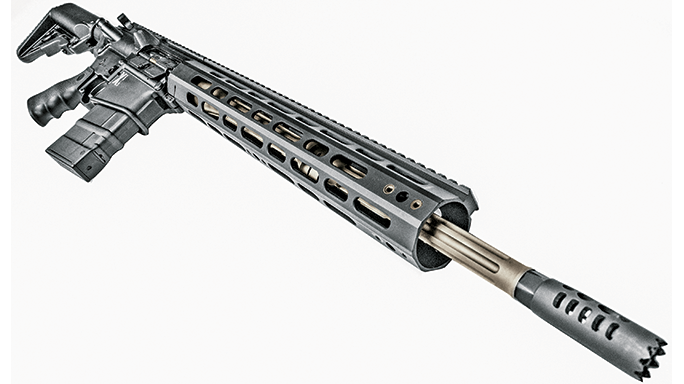 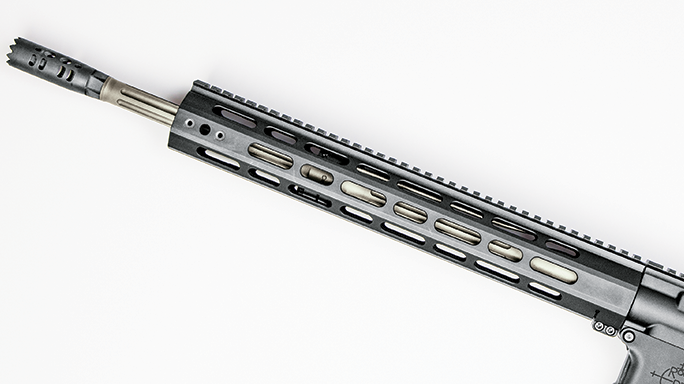 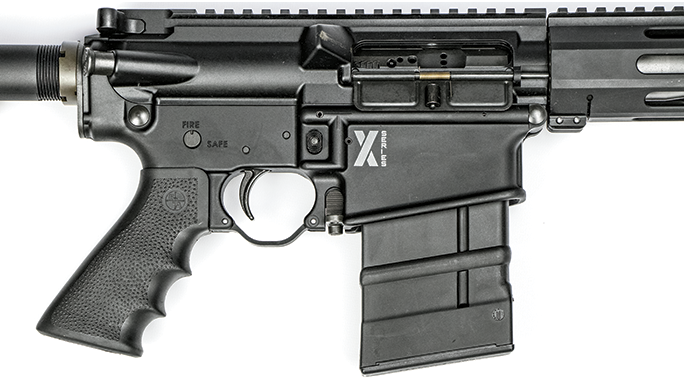 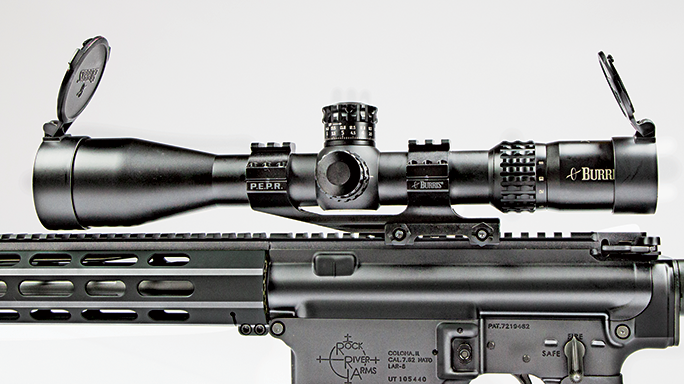 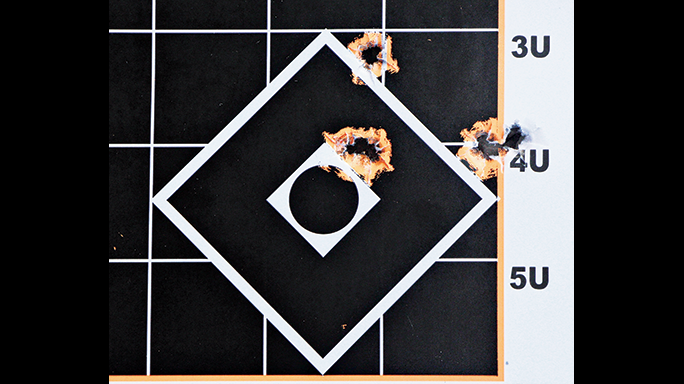 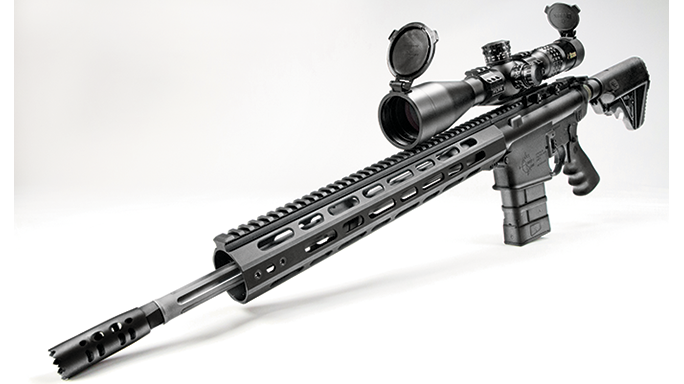 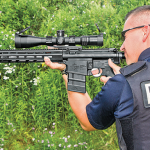 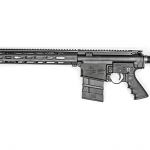 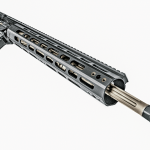 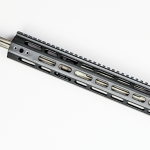 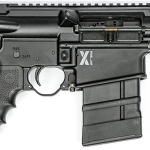 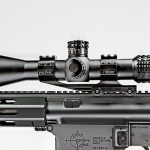 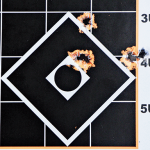 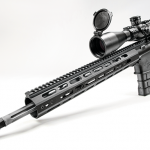 There are a wide range of human threats that today’s police officer faces. In many of these cases, the quickest way to stop the violence once it has begun is by putting a rifle into the hands of a well-trained officer. Many departments recognize this and have added AR-15 rifles to the squad car.

Sometimes, there is a need for officers to have a larger-caliber weapon. The 7.62mm NATO round has proven its worth time and time again. From defeating intermediate barriers to excellent long-range accuracy, the round offers a specific set of benefits that are sometimes needed in law enforcement.

Rock River Arms (RRA) is building a rifle that might make sense for departments that have a need for a .30-caliber rifle that retains the features and feel of an AR-style rifle. The LAR-8 X-1 is a semi-automatic rifle chambered for the 7.62mm NATO. Other rifles in the X-Series share a similar feature set and are chambered in 5.56mm NATO, 6.8 SPC and .458 SOCOM.

The LAR-8 X-1 is built for accuracy, and it comes with a target that shows the gun has fired a test group with at least a 1-MOA accuracy at 100 yards. The rifle I received for testing arrived with a target showing a sub-1-inch, three-shot group.

The LAR-8 X-1 rifle features an 18-inch, fluted, stainless steel barrel with a 1-in-10-inch twist rate. The barrels are cryogenically treated. There is some debate on the usefulness of cryogenically treated barrels, but I’ve seen no evidence to suggest that the process harms the barrel’s accuracy or longevity.

This specific rifle came with a RRA Beast muzzle brake on the end of the barrel. A series of oblong and crescent cuts in the top half of the brake redirect gases to reduce felt recoil. The forward face of the brake is tipped with 10 spikes that would likely serve a clear “get off me” message to a suspect rushing at the officer deploying the rifle.

The rifle is equipped with the company’s free-floating TRO handguard. It is octagonal in shape and has a Picatinny rail in the 12 o’clock position. Additional accessory rails can be added to the handguard if desired. Without additional rails, the handguard feels very comfortable in the support hand and offers a lot of ventilation.

The gun is heavier than a number of 7.62mm AR rifles I have shot. At 9.5 pounds unloaded, this is probably not a rifle you would want to carry for long periods of time, especially when you add the weight of a high-power scope. However, the rifle is still relatively easy to move with, and that weight feels good when you pull it in tight while sitting at a bench. Shooting off-hand is definitely doable.

The lower receiver is equipped with a two-stage trigger. Part of the standard package is the company’s Winter triggerguard, an oversized triggerguard that allows operators to use the rifle with gloves.

“The vast majority of law enforcement shootings occur within 100 yards. A moderately skilled officer with this rifle and the proper optic could easily neutralize a threat at those distances.”

An ambidextrous bolt release, just forward of the triggerguard, is installed instead of the typical paddle-style AR unit that is often located on the left side of the receiver. The shooter simply presses up to lock the bolt back and down to release it.

These rifles feature matte black receivers, and the furniture can be either black or tan. They come with a black rubber Hogue pistol grip that feels very good in the hand. A collapsible RRA Operator CAR buttstock shipped on my test gun. The Operator CAR stock offers six different length-of-pull positions to allow officers to easily adjust the length depending on the gear worn. The company also offers a fixed-length RRA Operator A2 stock.

Sights are not part of the standard package. Since most people will want to add a quality piece of glass to the gun, iron sights are not something that would be missed by many people. Even so, adding a quality set of backup sights is a good idea.

For this evaluation, I mounted a reliable 4-20x50mm Burris XTR II scope to the gun using the Burris AR-PEPR mount. Burris XTR scopes are designed for tactical and competitive applications. The XTR line is designed to be absolutely shockproof and vibration resistant to withstand both heavy recoil and the constant vibrations from riding in a patrol car all day. The scope gave me a very clear sight picture with plenty of light even when zoomed in tight during the late afternoon twilight. Once mounted and sighted in, the scope did not move or loosen throughout the entire evaluation period.

For this range evaluation, I met up with two other shooters to put this rifle through its paces. One of the shooters is a full-time firearms instructor and competitor with extensive training in long-range shooting. The other shooter is a former military sniper and currently a sniper with his police department’s tactical team. We took turns shooting the rifle, and let the gun cool between shooters.

We started on a 50-yard range to get a feel for the gun and test it with a variety of ammunition. The LAR-8 X-1 was completely reliable with a variety of Federal, Winchester and Remington ammunition. The only trouble we ran into was with Magtech Ammunition’s 168-grain HPBT. The first round fired failed to extract because the rifle’s extractor had ripped off the case rim. When the second Magtech round had the same problem, I boxed up that ammunition, put it away and did not use it again.

Confident the gun was running well, we moved to the 100-yard range. The day was cool with a variable breeze across the range.

When shooting for accuracy, it is always important to find the loads that the gun likes. A load may work great in one gun but give poor performance in another. For example, Federal’s Gold Medal 168-grain Match ammunition is widely regarded as one of the most accurate commercially produced loads for the 7.62mm. Yet, this gun cut the five-shot group size nearly in half by moving to the company’s 175-grain Gold Medal load: 2 inches for the 168-grain load and 1.25 inches for the 175-grain load.

It also pays to carefully check the ammunition before loading. When we were on the range, I discovered that one box of Remington Premier Match ammunition had loaded cartridges that used at least two different kinds of primers. Normally, I’ve gotten very good service from the Premier Match line, but this box turned in wildly varying velocities between 2,017 fps and 2,446 fps. Even with the inconsistent velocities, the Remington ammo still managed a 1.5-inch, five-shot group.

I found the trigger had a small amount of take-up and a light, crisp break. The reset was quick and positive. There was no grittiness in the trigger pull at all. The bolt release worked easily both to lock the action open and to release the bolt after inserting a loaded magazine.

The recoil was mild for a 7.62mm gun. A semi-automatic gun will generally soak up some of the recoil energy through the action. I also believe the RRA muzzle brake did a fine job at reducing muzzle jump. Overall, the gun was easy to shoot and offered no unpleasant surprises.

The Rock River Arms LAR-8 X-1 is a potent rifle that makes a credible contender for any department needing to deploy a .30-caliber rifle in a patrol setting. Compared to 5.56mm NATO cartridges, the 7.62mm NATO offers better barrier penetration and is well respected for its ability to put an armed aggressor down.

Finding the right ammunition for this gun could make it eligible for a higher-precision role. However, based on the respected commercial loads we shot, I would hesitate to recommend this gun out of the box as a sniper weapon. However, as a .30-caliber patrol rifle I think most officers and departments would be satisfied.

The vast majority of law enforcement shootings occur within 100 yards. A moderately skilled officer with this rifle and the proper optic could easily neutralize a threat at those distances. If your department has need of a 7.62mm rifle, the LAR-8 X-1 is worth taking a look at. 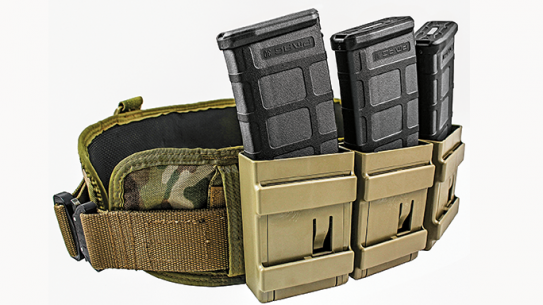