0
SHARES
2
VIEWS
Share on FacebookShare on Twitter
Three handloads were assembled for the .243 Winchester using the 90-grain Nosler 6mm AccuBond. Even though none of these loads were tuned to the rifle, accuracy averaged about 1.5 MOA.

I don’t typically like to take long shots when hunting. Sometimes, that’s just the way things work out. About five years ago, I was testing Nosler’s new 6.5mm AccuBond bullet during a mule deer hunt and when the shot came it was a stone’s throw on the other side of 300 yards. My aim was true, and a heartbeat later the AccuBond took the buck down.

This September, I was lying with my rifle over my pack looking through a Leupold scope at the best pronghorn I’d seen all day.

“Well, 417 yards is a long poke,” my guide observed while scratching his head with his hat in his hand. “But he
is calm. I don’t think he’ll move.”

“I’m solid. All I need to do is get the wind right.” I held about 8 inches into the wind, relaxed my breathing and tripped the trigger. A half-second later, I’d successfully verified, once again, that the Nosler AccuBond is indeed a premium hunting bullet. 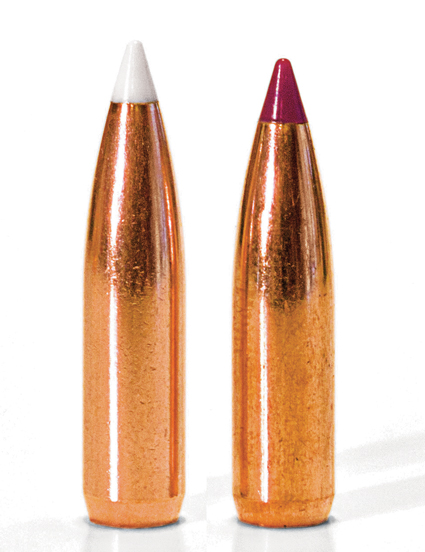