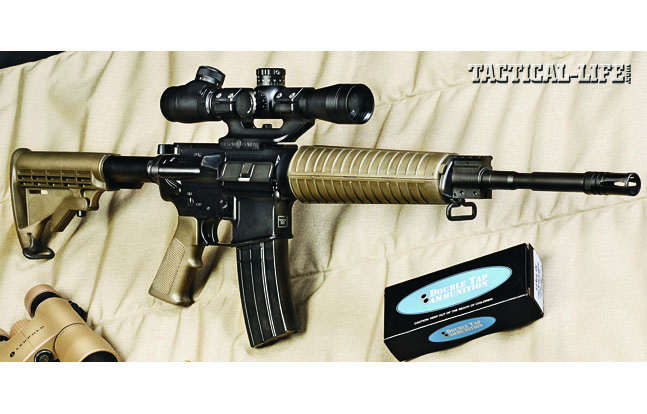 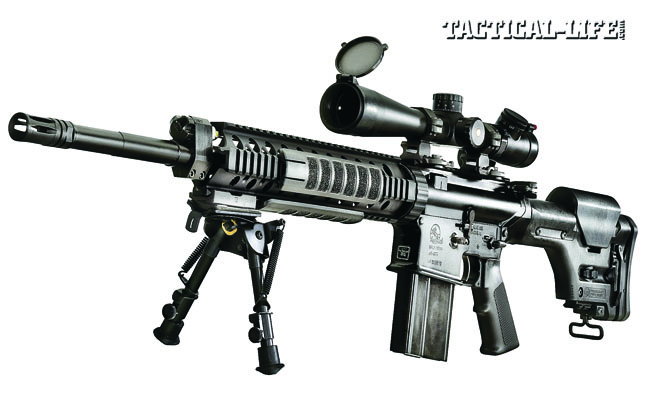 2 of 4
The Armalite Legacy 2
The ArmaLite AR-10 series of rifles has proven popular with military and law enforcement units. It is available in 7.62mm NATO, .338 Federal, .260 Remington and .243 Winchester. 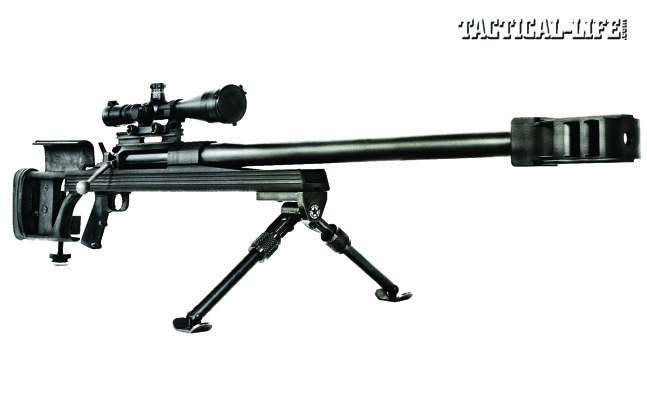 3 of 4
The Armalite Legacy 3
ArmaLite’s AR-50A1 is chambered in .50 BMG and provides a solid platform for long-distance precision. 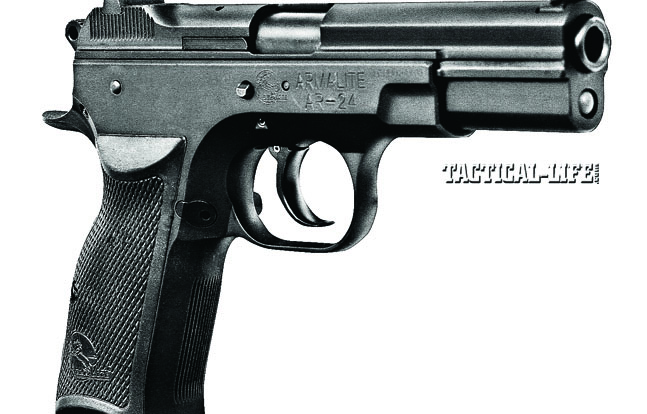 4 of 4
The Armalite Legacy 4
In 1996, ArmaLite introduced the AR-24 pistol. It is a 9mm, double-action pistol based on the proven CZ-75 design and is available in four versions. 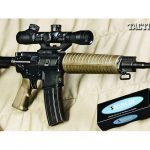 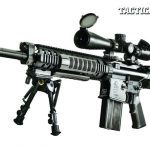 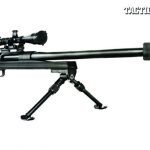 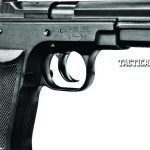 The history of ArmaLite is one that is integrally linked to the current state of the firearms industry in 2011. While the name may not be as recognizable as Colt or Smith & Wesson, the company’s impact on modern firearms is no less significant. When originally established in 1954, ArmaLite was a division of Fairchild Engine and Airplane Corporation. The company entered the firearms market with the submission of the AR-5 survival rifle for Air Force evaluation. The AR-5 was a bolt-action, takedown rifle chambered in .22 Hornet. The rifle could be disassembled with the action and barrel stored in the stock. A similar semi-auto rifle, chambered in .22 LR, was introduced in 1959 and became very popular with the civilian market.

The engineering brain trust during the early years consisted of Eugene Stoner, James Sullivan and Robert Fremont. Stoner, who was an ordnance expert with the Marine Corps during World War II, became ArmaLite’s chief engineer. In 1955, the U.S. Army was considering a new rifle to replace the M1 Garand. ArmaLite proposed the AR-10 as an alternative.

The New Design
The AR-10 introduced the world to a completely new design. Chambered in 7.62mm NATO, it featured an aluminum receiver, an in-line, synthetic stock and forearm, and a 20-round detachable magazine. This radical design is the grandfather to the M16 family of weapons. While the AR-10 was not adopted, it proved to be a viable operating platform for future developments. In 1956, Army officials asked ArmaLite to design a smaller version of the AR-10 for the new 5.56mm chambering. This rifle was designated the AR-15 and is still with us some 55 years later as the M16 and its variants.

In 1959, ArmaLite licensed the designs and trademarks for the AR-15 to Colt. Colt retained the AR model designations for the commercial rifles. The 60s were a revolutionary time in the firearms market with new designs, improved manufacturing processes and new technology. When the Army adopted the 5.56x45mm Colt M16 as the replacement for the M14, ArmaLite was left sitting on the sidelines. The company had sold the golden goose.

In an effort to compete against Colt, ArmaLite developed the AR-18, a similar rifle design that did not violate the Stoner gas system patents that Colt purchased. The AR-18 used a stamped sheet-metal upper and lower receiver to simplify manufacturing and reduce production costs. It also featured dual operating springs/rods in the upper receiver that allowed the use of a side-folding stock. The gas system was a Tokarev-style sliding gas cylinder that did not violate the direct impingement system used by the M16. The initial AR-18 proved to be substandard in several evaluations, however, by both U.S. and allied tests. Continued improvements, though, did correct many deficiencies and the AR-18 was eventually adopted by some law enforcement agencies as well as some armies and security forces overseas.

Through the years, company ownership changed several times and licenses were granted to third parties to produce the AR-18. In 1995, Eagle Firearms purchased the company and then adopted the ArmaLite name. By this time, the Colt patents had expired and Eagle Arms, as well as other companies, were manufacturing AR-15/M16 rifles for the civilian, LE and military markets. In 1995, ArmaLite reintroduced the AR-10 .308-caliber rifle. Renamed the AR-10B, the rifle was developed using CAD and simulations. The company continued to expand their product line to include multiple versions of the AR-15, now designated as the M-15, the AR-10, the AR-30 and the AR-50A1. The entire line can be viewed at armalite.com.

The current M-15 family consists of over 20 models that range from law enforcement carbines to National Match
versions designed for NRA High Power Rifle competition. The majority of the rifles feature double-lapped chrome-moly-vandium steel barrels with chrome-lined bores, forged upper and lower receivers, and a choice of 1-in-9-, 1-in-8- or 1-in-7-inch twist rate barrels. The M-15 rifles are available in .223 Remington, 5.56mm NATO, 7.62×39 and 6.8 SPC calibers. The configurations include standard or collapsible stocks, handguards or rails, and front sights or low-profile gas blocks.

Abundant AR-10s
The AR-10 is the M-15’s big brother and is currently offered in over 15 configurations. To make the platform even more versatile, ArmaLite offers the AR-10 in 7.62mm NATO, .338 Federal, .260 Remington and .243 Winchester. The AR-10 features an upper and lower receiver that is manufactured from aircraft-grade forgings and hard-coated with a Mil-Spec anodized finish. The stainless steel barrel is triple-lapped and the chamber and bore are chrome-lined. According to ArmaLite, the AR-10’s 8-inch mid-length gas system allows for more uniform pressure from shot to shot and reduces fouling and wear. This system also enables the use of a longer handguard for improved ergonomics.

Supersass
For the tactical customer, the AR-10 SuperSASS (Semi-Automatic Sniper System) provides an extremely versatile platform. The SuperSASS was originally designed to meet the U.S. military requirements for a semi-automatic sniper rifle chambered in 7.62mm NATO. This model has a free-floating quad-rail handguard, a fully adjustable Magpul PRS stock and an adjustable gas system for reliable use in suppressed or unsuppressed operations. The 20-inch stainless steel match-grade barrel is a right-hand, 1-in-10-inch, 4-groove twist. The SuperSASS has been deployed by U.S. troops to various parts of the world.

ArmaLite Kings
The AR-50A1 and AR-30 are the kings in the ArmaLite family. The AR-50A1 is a single-shot bolt-action rifle chambered in .50 BMG. The aluminum stock features a patented V-Lock bedding wedge that interfaces with the action. This design offers the strength needed for repeatable accuracy. The large muzzle brake is designed to reduce recoil and improve accuracy by allowing the bullet to “break into clean air.” The AR-50A1 weighs in at 33.2 pounds and is 59.5 inches long. The AR-50A1 is said to fire sub-MOA groups at 1,000 yards. As the catalog puts it, “The rifle is not light, it’s not quiet, but it sure is accurate.”

Pistols
Not content with rifles, ArmaLite also got into the pistol market with the AR-24. The 9mm AR-24 is an all-steel, double-action pistol with obvious roots in the CZ-75. The AR-24 features a serrated front and backstrap, dovetailed front and rear sight, and a 1911-style thumb safety. With an overall length of 8.27 inches, a weight of 34.9 ounces and a magazine capacity of 15 rounds, the AR-24 is a full-sized duty weapon.

The Legacy Continues
Following in the tradition and history of the company, ArmaLite continues to produce quality, innovative firearms. They continue to improve on existing models as well as introducing new models and options. For those looking for a quality AR, ArmaLite is worthy of consideration. 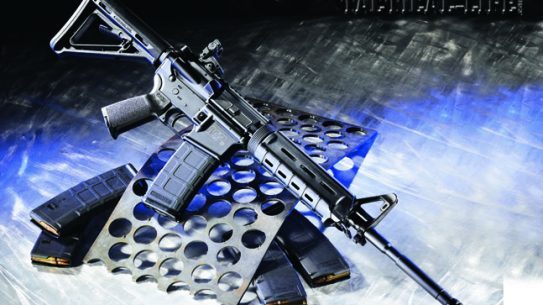 Innovation and cutting edge technology keep the M&P15 at the top of its game!