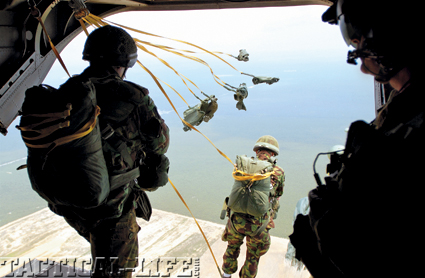 Members of the 4th Battalion–the TA or Reserve–battalion of the Parachute Regiment make a jump. US DoD PHOTO

The British Parachute Regiment is one of the oldest airborne units in the world, having been formed initially in 1940 at the behest of Winston Churchill. In February 1942, 40 British paras made their first combat jump to blow an Italian Aqueduct—at that time the unit was known as II Special Air Service. Later, the Paras carried out an important raid along the French coast to steal a German radar set. This, however, was a seaborne operation. 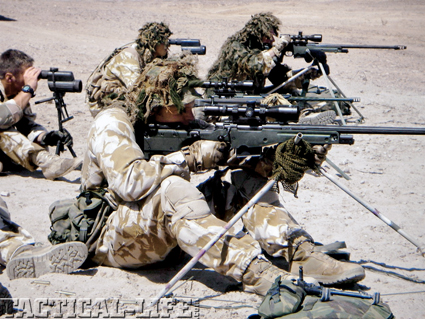 Making use of whatever they have handy, snipers from 3 Para fire L115A3 rifles resting on improvised tripods. UK MOD PHOTO

By the end of World War II, the Parachute Regiment would consist of 17 battalions serving in two airborne divisions and an independent parachute brigade. Among the well-known combat jumps made by British paras during World War II were Operation Husky (Sicily), Operation Overlord (Normandy), Operation Dragoon (Southern France), Operation Market Garden (Arnhem), and Operation Varsity (Rhine Crossing). The combination of their maroon beret and their reputation for combat effectiveness earned the Paras their nickname “The Red Devils.” 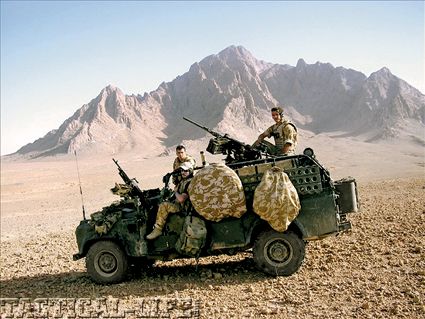 After World War II, the British airborne was reduced to the 16th Independent Parachute Brigade Group along with a Territorial Army (TA) reserve Parachute Brigade Group. Paras served in Palestine prior to the independence of Israel and supplied an Independent Parachute Squadron to support the SAS in what was then British Malaya. In November 1956, members of the 3rd Parachute Battalion (3 Para) made a combat jump over Suez in response to the Egyptians nationalizing the Suez Canal. Later, during 1964 and 1965 in support of Malaysia, elements of the Parachute Regiment saw action against the Indonesians in Borneo. 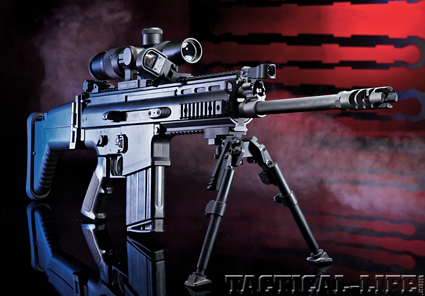