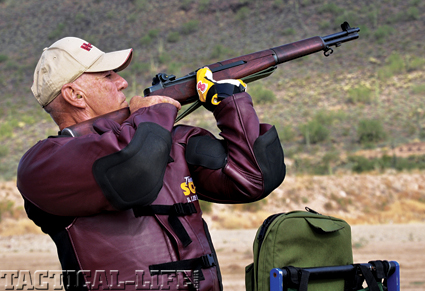 The benefit of the “reverse” hold is the rotation of the hand, which applies torque to the rifle, pulling it toward the face. This assists cheek weld and stability.

TW • What’s your view on the President and Secretary of Defense Thomas Gates pressing Congress to remove the military’s “don’t ask, don’t tell” policy and allow open gays to enlist?
Let me make a serious comment on this. I really have no problem with the law as it’s written right now—the “don’t ask, don’t tell” policy. Our troops in the military at this present time don’t seem to have a problem with the policy. But how would you feel if your 18-year-old son was forced to share a two-man room with an openly gay 25-year-old sergeant or PFC? I would compare that to a young PFC being put in the Women’s Marine Barracks with a 20-year old woman in a two-man room. What would her parents think of that situation? How would President Obama feel if it was his daughter?

TW • When you get out with the troops now, what do you hear the Marines talking about, or complaining about?
Let me say there’s nothing wrong with gays in the military as it’s currently structured with “Don’t Ask, Don’t Tell.” But the top complaint I hear when I go on the bases is that they are afraid the administration is going to put openly gay men and women into their ranks and force them to live and share rooms with them. Recruiting for the military will suffer. Ultimately I feel this path will severely compromise our military’s combat effectiveness.

TW • Where have you been traveling?
My very first Marine Corps Birthday Ball of the season was a few days ago, for the 2nd Battalion, 2nd Marines, of Camp Lejeune, North Carolina. In Afghanistan, these young people hit the deck running. It was a constant battle for them, fierce fighting. They were unfortunate to lose nine of their Marine brothers, and the unit was awarded over 100 Purple Hearts. It was a constant battle from the minute they got on the ground, until the minute they left. After I gave my speech, I spent a lot of time with the troops, and I found these fantastic warriors to be very humble.

TW • What did you tell them in your speech?
Besides celebrating the Marines’ 235th birthday, my message this year at the Birthday Balls I am attending is the difference between my era and the new Corps of today. To tell you the truth, there really isn’t any difference in the fighting qualities of the Corps today and my own era. The difference is in the toys they have to play with. They have the Mark 19 Grenade Launcher, we had the Blooper. They’ve got the SAW, and we had the BAR—a pretty useless piece of junk compared to today’s automatic weapons.

TW • Reports are that we’re still taking a lot of losses from IEDs. What’s your take?
We need to figure out a way to stop these IEDs from killing our troops. If our satellites can read a license plate from space, the way we hear they can, then why the hell can’t they reveal 10 men on the side of the road at two o’clock in the morning burying a damn 500-pound bomb?

TW • We have a question about the movie Seven. You were in it with Morgan Freeman, Brad Pitt, and Kevin Spacey. What was working with those guys like?
It was OK. As I’ve mentioned before, I have very few friends among Hollywood people. I mostly hang out with former Marines and people who aren’t play-acting. Morgan Freeman’s a great guy. I’ve know him for years. Some of the old-time actors are pretty good guys. Most of the young actors today…I don’t know. Robert Downey Jr. is my current favorite actor. I’ve never met him but I really do enjoy his work. 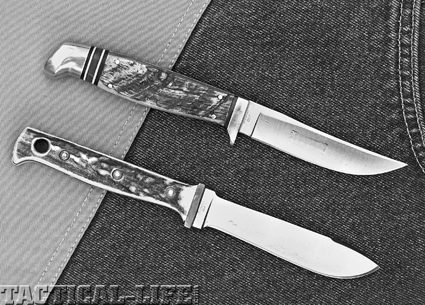