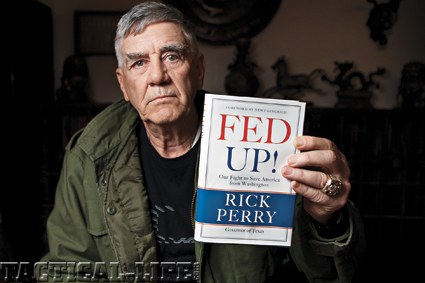 TW • Right now, Libya dominates the news. Defense Secretary Gates says we’re not going to send in troops. Can we get the job done without boots on the ground there?
In reality, though it’s not in the news coverage, we have boots on the ground in the area. They’re Special Forces, Navy SEALs, and Special Ops units. I have this from a very high-up source in the military.

TW • What do you think about our involvement in that war?
It’s a no-win situation. We don’t even have any idea who these people are that are trying to overthrow Qaddafi and the government. So we’re going in there blind, and Obama went to the United Nations before he even bothered to talk with the people he’s supposed to go to—the Congress of the United States. They’re the ones who are supposed to declare war, not the President.

TW • With all your vast and varied background in feature films—to say nothing of driving the wagon on Mail Call and Lock N’ Load with R. Lee Ermey—did you ever have the itch to direct a feature film?
I was asked a few times if I would consider directing, and I always turned them down. The reason is that in order to direct a feature movie, you work 24 hours a day. Take Tim Robbins. His first directorial job was Dead Man Walking. I was in that with Sean Penn and I watched as Tim lost 20 pounds during that experience. He was looking mighty pale when it was over. It’s a hell of a tough job. The money people—the producers—are on your back constantly. Somebody gets sick, you’re a day behind. Then they tear a page out of the script and say, “Now you’re all caught up.” And that destroys your movie. In my case, while I think I could do the job quite nicely, the desire is just not there. I’ll put it that way. When I was a lot younger, it might have been different. But nobody asked me back then.

TW • What bothers you the most about Libya?
Here we are broke, the country bankrupt. And we continue to support the UN and give aid to 80-some foreign countries that hate our guts. So here we are again, turning our forces over to UN leadership, involved in another war. Needless to say, I am not happy about Libya.

TW • If you had to pick the next world hot-spot where Marines will have to be sent into action, where would it be?
Probably somewhere in Africa. Look at Darfur right now. People are being killed there left and right. But if we get involved in every civil and tribal war in Africa, we’ll have troops out there the rest of our lives. We cannot police all the tribal wars in Africa. There’s nothing in our Constitution that says we have to be involved in a police action in every country that has a civil war.

TW • Speaking of police forces, did you see that the Border Patrol caught 33 illegal immigrants recently, all wearing Marine uniforms?
That was cute, wasn’t it? They all had GI haircuts and name tags that said Perez. I didn’t read where they got the uniforms, but if someone has an ID card on the base, they can buy all the uniforms they want at the PX.

TW • Tell us about the service benefit program you’ve launched with WD-40.
The folks at WD-40 are a great bunch and very patriotic. They’ve launched a military commemorative can series. The program is to benefit the Veterans Medical Research Foundation, the Armed Services YMCA and the Wounded Warrior Project. We launched it on the flight deck of the U.S.S. Midway, the floating museum in the water at San Diego. For every can of WD-40 purchased in the Military Collectible Series, 10 cents goes to these programs, with $100,000 for each charity guaranteed. Everyone can learn more about it on the site, supporttroops.wd40.com. 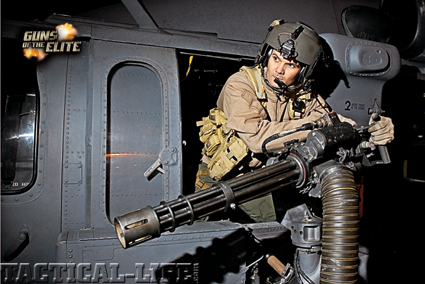