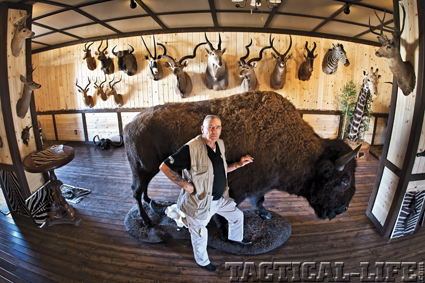 We sat down with R. Lee Ermey, AKA “The Gunny,” for some Q&A about a lot of different things. Here’s what he had to say.

TW • What were your initial thoughts when you heard the news that we had finally nailed Osama bin Laden?

The Gunny: Honestly, I had been thinking that he was dead all this time—buried in the caves in the Afghanistan mountains we had hit with big bombs years ago. Nobody ever said that, officially. But even the Air Force Chief of Staff had told me he thought we had buried bin Laden. Turns out he was living in downtown Pakistan. Shows you what a great friend of the U.S. Pakistan is. You can’t tell me the Pakistanis didn’t know he was there. We give them billions in foreign aid. What a joke—on us!

TW • What did you think of the raid?

The Gunny: I thought “Bravo!” It’s about time. But how could they possibly fail on a raid like this? They knew exactly where he was, and the site wasn’t heavily guarded. The key, it seems to me, was the intelligence breakthrough, finally locating bin Laden. It leads back to the waterboarding the liberals were raising such stink about. Waterboarding the terrorist suspects gave us the clues needed to piece the whole deal together.

TW • Have you heard any details about the SEAL team that carried out the raid?

The Gunny: I only know what was released. That it’s SEAL Team Six from the Joint Special Operations Command at Fort Bragg. I doubt if they’re any better than all the other SEAL teams—or even the other Special Ops recon teams. I respect Team Six, but any of the others could have done this job. This mission was simple. All they had to do was breach the walls, find the bastard and shoot him. They did exactly that, plus cleaned out a lot of computers and stuff for intelligence.

TW • What happened to the one helicopter they had to abandon/destroy? Have you heard anything?

I don’t know how our guys came to lose it, but after the raid, I’m sure the Chinese paid the Pakistanis off and examined and photographed the chopper pieces before we got them back. Our government is telling us that everything is O.K., we’ve got the chopper pieces back, nobody knows our secret stuff. Sounds like BS to me.

TW • The waterboarding success is somewhat of an embarrassment for the administration, isn’t it?

Absolutely. Getting the terrorists to talk was the key to finding bin Laden. Someday we’ll hear all the facts about that and the raid. Right now we’re being told only what they want us to hear. Tell me this: If waterboarding is so horrible, why do we make our SEALs and Special Forces trainees go through it?

TW • It looks like Colt’s 10-year reign as the U.S. military’s top rifle supplier could be coming to an end. In 1994, Colt received a no-bid contract on the M4, a shorter and lighter version of the M16, first fielded in the Vietnam War. After buying 700,000 Colt M4 carbines over the years, bidding has been opened to find a new carbine. Fox News says Remington is in the race with its Adaptive Combat Rifle. HK is said to be submitting its HK416 combat rifle, used by the Army’s elite Delta Force. Fox News says Colt is responding with the new CM901, a multi-caliber rifle that can switch barrels. What are your thoughts on this “Super Bowl” of small-arms competition?

The Gunny: I don’t know why they would be moving from Colt, unless it’s one of those cases where the prices have gotten too high and the weapon has started to lag behind in effectiveness. It seems to me that the quality of the weapon has been phenomenal. I was there when the Marine Corps was first issued the M16 back in 1965. The rifle was a piece of crap. We called it “The Mattel Special,” after the toy company.

Before the M16, every gun we had ever had was made of wood and steel. Suddenly, we have a plastic gun. Now, 40 years later, we have all the kinks ironed out of this rifle. It’s become a masterpiece. No problems whatsoever—they’ve all been fixed in the M4 version. So now we’re being told we’re starting the whole cycle all over again. It’s going to be really interesting to see which rifle wins.

When he’s not out shooting his Garand, Gunny finds a good book to enjoy.

I want to call everybody’s attention to one of the funniest books I’ve ever read on my favorite subject—recruit training. It’s called Tuffy’s Heroes by retired Air Force Master Sergeant Joe “Tuffy” Tofuri. He spent 14 years as a TI. The Air Force calls them “Training Instructors” instead of “Drill Instructors.” Anyway, I found reading about his years as a TI at Lackland Air Force Base in San Antonio to be totally interesting and entertaining. I can’t recommend the book highly enough.

The publisher’s website is GiPubs.com. This is the revised 2011 edition. I think everybody will want to make sure they get this latest printing. Some years ago, Tuffy and his wife stood in line at one of my shows in San Antonio to meet me and give me a book. We’ve been friends ever since, and I even did an Air Force Birthday Ball with him. He’s the real deal, and so is his book.

TW • Are you still wary about Libya and Syria? Very much so. I think we should stay the hell out of there. Let them fight it out. They have no love lost for this country or any democratic country. The foreign aid money we give them sticks in my craw, too. We know we need to cut back on government spending. Foreign aid should be a good place to start.

Very much so. I think we should stay the hell out of there. Let them fight it out. They have no love lost for this country or any democratic country. The foreign aid money we give them sticks in my craw, too. We know we need to cut back on government spending. Foreign aid should be a good place to start.

TW • Speaking of money, we were really impressed by the checks totaling $115,000 you and the Glock bosses handed over to NRA organizations during the annual meeting in Pittsburgh.

Glock is an extremely generous organ­ization, willing to fight for our Second Amendment rights. I’m proud to be part of that fight—one that means so much.

TW • You and WD-40 were very successful with fundraising activities as well.

I just finished up my program with them, raising $300,000 divided equally with the Veteran’s Medical Research Foundation, the Wounded Warrior Project, and the Armed Services YMCA. The money came from 10 cents being set aside from each can sold in the Military Collectible Series. As you can see, the folks at WD-40 care about our military people.

TW • Interest in Full Metal Jacket never seems to fade. When you first met director Stanley Kubrick, did he give you any special instructions on your character and performance?

Stanley Kubrick was a man of few words. He knew I realized I was there to do a job and that I understood what he wanted. This was film number five for me, so I was no amateur. Stanley had no special instructions. He just expected me to work 24 hours a day, seven days a week while we were shooting. Still, as far as I’m concerned, he was a Prince Among Men. He was the King of Movies. His only bad movie was his last, Eyes Wide Shut. Just before it was released, he called me and said, “Lee, the actors had their way with me. It’s not my movie.” He was talking about being pushed around by Tom Cruise and Nicole Kidman. Stanley was actually a very mild man. It’s too bad his career ended that way.

TW • Looking back, beyond the rigorous basic training, what was the toughest thing about being a Marine?

Being away from home and family tops my list. I was married at 18, way too young, and divorced at 22. Back in my day, the Marine Corps was your wife, your girlfriend, everything rolled into one. If you had a wife, it wasn’t the Corps’ problem. It’s different now. The Marine Corps cares about the families of the troops. But it’s still not easy for these men and women when they’re away from home and separated by their duties.

TW • Anything exciting on your agenda?

Right after I take my team to the National Rifle Matches at Camp Perry, Ohio, I’m heading to Africa for a 21-day safari. I’m very excited about adding some trophies to my game room, which I already love but want to make even better. I’ll be going for Cape buffalo, leopard, lion, lioness, and assorted plains animals. I’ll be hunting in four different countries, and I’m really looking forward to the experience. I’m essentially a big game hunter. That’s my R&R. 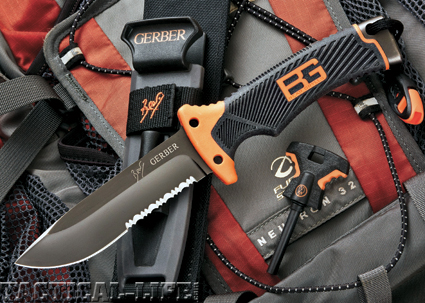