TW • We recently had a big flap over Marines wearing KIA bracelets. Some Marines like wearing these simple bracelets to remember buddies killed in action. The Marines brass cracked down on wearing the bracelets because they were not part of the jewelry authorized to wear with the uniform. What was your opinion?

The bracelet-wearers yelled “Foul!” so loud and clear that General James Amos stepped into the fray the other day and said he was going to announce the bracelets could be worn. Without the authorization, I could not support wearing anything banned by the uniform dress code. Marines are Marines! We have a lot of restrictions other services do not. Using an umbrella in uniform, for instance. Holding hands with your wife or sweetheart. Times do change, and the Marines will change with them to properly fit today’s situations. Wearing the KIA bracelets is a good example of that. Put ’em on!

TW • Another brouhaha surfaced on the internet about some kind of directive in Afghanistan that banned Marines from farting around Afghan people. Your take?

There should have been no reason to have to issue such an order. Passing gas in public is unacceptable anywhere, anytime, from anybody. It’s just commonsense manners and decency. 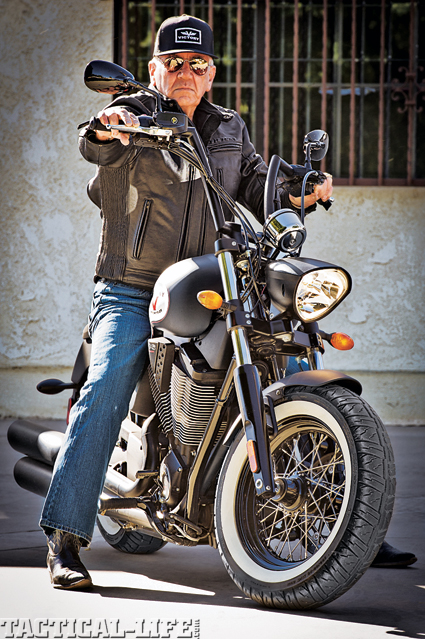 TW • We were amazed that 400,000 people showed up for the Victory Motorcycle Ride in Sturgis, South Dakota. How’d you like it?

They’re wonderful people, and there weren’t enough hotels and motels to keep them all in, so we had a lot of camping going on. They had tents, camp trailers, motor homes—all kinds of stuff. The motorcycle riders of this country are a hardy breed. They can load what they need on the back of their bikes and hit the road for as long as they can get away from their work. They’re a tough bunch.