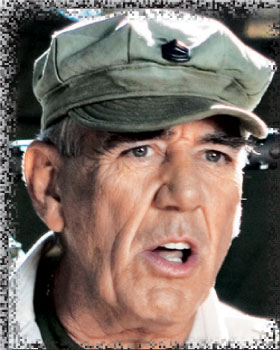 TW• In recent weeks, our border with Mexico has been the scene of clashes with Mexico drug cartels, with some cases of Americans being killed and kidnapped on American soil. These cartels are heavily armed and dangerous. The situation has reached the point where President Obama says U.S. troops may be deployed. What do you think we should do about these drug cartels and protecting our border?
Hell, I would have sent the National Guard down to some of the border towns long ago. We’re getting more and more trouble there because our leaders have been blind to enforcing our Immigration Laws. These politicians will sell their souls for the Hispanic vote. The laws of our forefathers have meant nothing to them. Now violence of the drug cartels with 8,000 murders in Mexico last year and already 2,000 this year is spilling over into the U.S. When are the President and the Congress going to get their act together and put their foot down? Never, I suppose…as long as they put the influence of the Hispanic vote first and our country’s security second.

TW• Speaking of our country’s security, I read in Doug Powers’ blog, WorldNetDaily, that Obama’s new Homeland Security Director Janet Napolitano told a German newspaper that in order to “move away from the politics of fear to a policy of being prepared for all risks,” she, and I assume her staff along with her, will now refer to “terrorism” as “man-caused disasters.” Your thoughts?
So “terrorism” now becomes “man-caused disasters.” What a bunch of losers the Liberals are! And they’re in charge. It’s embarrassing. 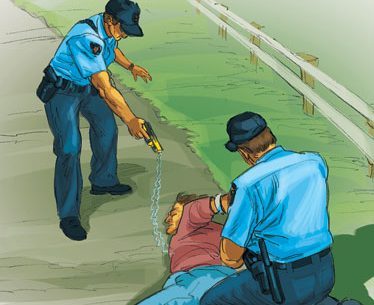