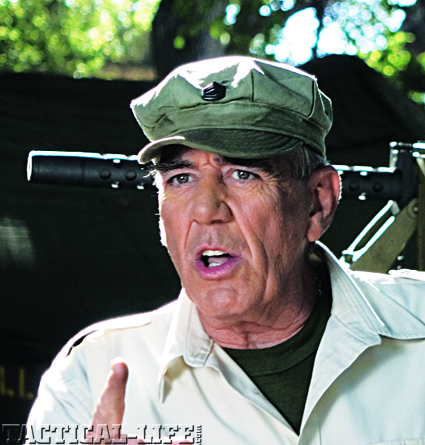 TW• Because of an ABC-TV broadcast on Trijicon Advanced Combat Optical Gunsights for military rifles having Bible verses engraved inside, a group called The Council on American Islamic Relations started raising hell. They said the scriptures were “inflammatory to Muslims.” The Defense Department, the Marines, and Trijicon are having the verses removed from military rifles, although Trijicon is keeping them in their civilian sights. What was your reaction to the Marines folding on this one?
I don’t think there was any problem with the Bible expressions on the sights. Hell, if I was making the call on the sights, I would keep them there, and would go them one better and start importing 55-gallon barrels of pig blood to douse the sights real good before we put them on the rifles. The thing to tell the Muslims is this: If they’re not trying to kill us, they don’t have anything to worry about!

TW•  In Afghanistan, what I’ve been reading, is that we have stepped up our Special Forces, Navy SEALs, and Special Ops attacks to try and kill Taliban leaders in what we’re calling, “Kill/Capture Missions.”
We’ve done a fantastic job in Afghanistan. We needed more troops, and Obama spent months wringing his hands after the first requests. Finally, we’re getting them in place. We also need more people who can speak the language. I don’t know how many times I’ve said it, but this is a war that’s got to be won through intelligence. We need to befriend these people. We need to win over hearts and minds. Make them understand that we’re not there to cause them harm. We’re there to free them from the Taliban, and at the same time protect ourselves.

TW• Right now, there’s a huge battle raging to clean Taliban forces out of a stronghold they’ve had established for a long time in a town called Marja. The 3rd Battalion, Sixth Marines, is in the vanguard of the assault of 6,000 NATO and Afghan troops.
All our troops over there are heroes to me. I wish I was there with them, boots on the ground in Afghanistan. I’m still trying to get over there, but the Navy still has me on hold for my next visit. As soon as the paperwork comes through for me, I’m on my way. Meantime, all I can do is cheer them on, knowing they’re really taking it to the terrorist encampments. By the way, another thing taking it to the Taliban hideouts are our UAVs. We can really arm the UAVs now. We can hit these terrorists up there in the mountains, and they never see it coming until the moment we hit them. One second, he’s having a little war council with his fellow terrorists and Taliban, and the next second he’s dead. 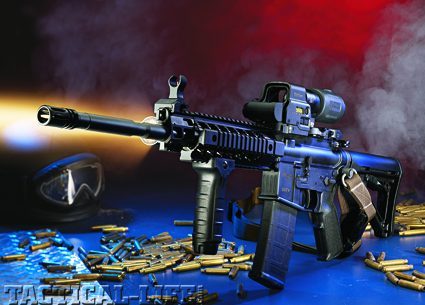