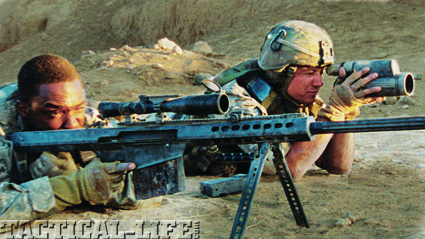 While TW readers can certainly appreciate a good story, each time Hollywood goes to war most of us are pained by technical accuracy questions floating in the back of our minds. And let’s face it, some films are much better than others, the worst being those rendered unwatchable when, for example, soldiers shouldering bolt action rifles continue to fire successive shots without a single cycle of the bolt or the dialogue sounds like kids playing Army on a playground. To this end, TW has asked CWO Jake Sturtz (Ret.), a Desert Shield/Storm veteran and EOD tech to comment on the accuracy of the various scenarios and techniques portrayed in The Hurt Locker.

A Professional’s Critique
TW: What are your thoughts on the EOD tactics the characters used in the story?

JS: Well, there were some significant differences. My experience was during the first Gulf War, but the fundamental principles have not changed all that much. Generally speaking, EOD techs are highly trained specialists on whom the Army has expended a great deal time and resources to prepare. As such, they typically do not roll out with a team of fewer than four, and never without Infantry support.
Further, our work required too much equipment to travel three in a single vehicle. All of the equipment had to be carried in bulky, static-free cases for safety reasons. It was typically two to a vehicle and the rest was equipment. While extreme circumstances may call for EOD members to pull security (such as in the film), that would be very rare. EOD teams are trained to have tunnel vision when it comes to dealing with explosives. The cost of failure is so brutally high, there is no room for anything else other than dealing with the task at hand.
Furthermore, we typically operated with two bomb-suited techs, not just one. The senior of the two suited techs would be in charge and have local control [at the explosive] and the other would help him spot and inspect the explosives. The senior member of the overall team would be coordinating the team techs, the supporting cover units and any other assets such as Combat Engineers or Military Police. He generally did not go down range to the explosives.

TW: How does an EOD unit handle external threats such as insurgents dressed as civilians?

JS: The ROE (Rules of Engagement)are typically less restrictive around a bomb site than the movie portrayed. A suspected insurgent with a signaling device such as a cell phone, camera, etc. would likely find himself coming under direct fire from the covering force. Typically, the Iraqis understood what was going on when the EOD teams rolled in and they would become scarce. For those that didn’t, a weapon pointed in their direction made it clear. There were also times when we had attached personnel driving HUMMVEEs with jamming devices for common cell phone channels that would help mitigate the threat of phone-detonated IEDs. We always felt better when those guys were around.
You have to remember how serious the situation has to be taken. There was no standing tall and walking down the middle of the street. We moved tactically, in pairs to the bomb site and back. All the while we were looking for trailing wires, devices or any indication of additional munitions. We knew our jobs, we knew we were part of a team and counted on our covering force to suppress any threat that may try to approach us.

TW: You mentioned the bravado of walking down the middle of the street, how did the characters in the movie behave relative to how you would expect an EOD team to interact with one another?

JS: Both Will James’s character and Owen Eldridge’s characters were non-typical for EOD. The reputation the EOD teams develop is one of partial insanity not because they act bizarrely, but because they are always very calm even in extreme situations. Both the hot-dogging with danger and hyperactive ruminations about death would have been unwelcome. Those individuals who cannot control themselves are typically reassigned to other jobs or sent back to the States to be instructors. Thompson [the team leader who was killed] and Sanborn were more consistent with what one would expect. However, a junior NCO punching a more senior member in the face over a dispute would never have been tolerated. I think most any person who has ever served in the military knows that.

The dialogue towards the end of the movie between James and Sanborn about going out each time prepared to die was very good. The technical parts of the job were difficult, but dealing with the constant pressure of working with explosive devices that could kill you and perhaps many around you was much more challenging, and ultimately it took a toll on many people.

TW: As for the technical and tactical details dealing with explosive devices, how accurately were they portrayed?

JS: The technical details were OK in some respects. I mentioned the bomb suit earlier. It would stop bullets strikes to some parts of the body but there were areas of weakness—the seams and areas where the panels overlapped when the tech was in a certain posture, for example. Mostly, it was designed to stop shrapnel and it did a fairly good job with that. It cannot stop an explosive’s concussion. The human body, particularly its organs, are mostly just bags of water. If a concussive wave hits a soldier with significant force, there is little that can be done to save him. Many concussion casualties will have no noticeable marks on them. 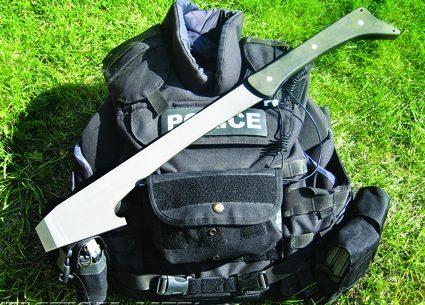 While TW readers can certainly appreciate a good story, each time Hollywood goes to…