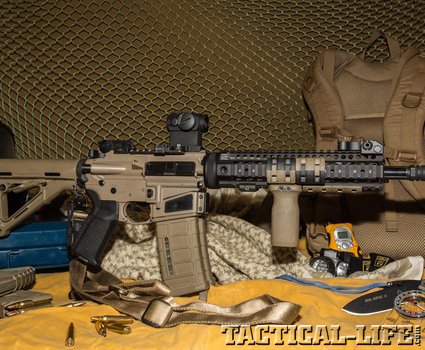 My friend and colleague Dan Henderson decided to build his own personal-defense AR-15, from buttplate to flash suppressor. The AR-15 design has long been recognized for its light weight, overall reliability and accuracy in field conditions, offering a wide range of options for customization. Dan is a former DOE SWAT team member, so he had a pretty good idea what he wanted in terms of features, accuracy and reliability. One thing that makes Dan’s build interesting is that, with the exception of the AR-15 lower receiver (which from a legal point of view is considered a firearm and requires the usual background check and purchase through a firearms dealer), all the parts were purchased on the Internet or at local dealers. The rifle was assembled locally.

For fun, Dan nicknamed his rifle the “Prepper’s AR-15.” Building an AR-15 like this has certain advantages when it comes to using it in different environments. Compared with the original, Vietnam-era, battlefield M16, Dan’s AR-15 is much shorter, meaning it’s easier to deploy in confined spaces such as inside residential buildings and cars. Short carbines are also easier to transport in unconventional carry cases, thus drawing less attention to the owner in public places. But perhaps one of the best qualities of a shorter carbine is its center of gravity: It is closer to the shooter, making the weapon a bit easier to hold on target in standing and non-braced kneeling positions. 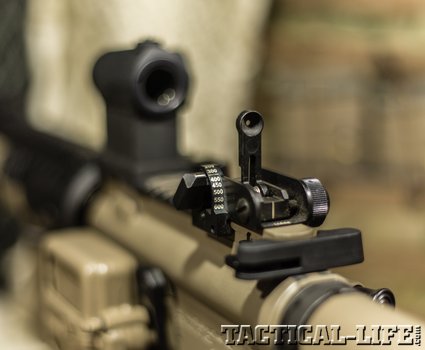 There is very little that is standard on the Prepper’s AR-15. The flattop upper and M15SA lower receiver were manufactured by LRB of Long Island, New York, to mil-spec from aircraft-grade 7075-T6 aluminum forgings (the same used in U.S. military M16 and M4 carbines). The Prepper’s AR-15 has a hardcoat-anodized MIL-A-8625 finish. The flash suppressor/compensator was purchased from Battle Comp Enterprises. The medium-contour, 16-inch stainless barrel is manufactured by CMMG and has a 1-in-7-inch twist. Iron Ridge Arms cut the barrel to 11.5 inches, re-crowned it and then gave the complete rifle a dark-earth-green Cerakote finish. (Note that the National Firearms Act requires that any rifle with a barrel less than 16 inches in length must first be registered with the ATF as a short-barrel rifle before the barrel is cut down. The fee, called a transfer tax, is $200.) Iron Ridge Arms also built the bolt release lever, a custom, 4.5-pound, Foley trigger assembly.

The adjustable CTR stock, pistol grip, sling attachment, sling, vertical grip, rail covers, oversized triggerguard and magazines are all manufactured by Magpul. The Prepper’s AR-15 also has an Aimpoint T-1 Micro with a LaRue quick release that sits atop a LaRue free-floated rail system; a bolt and bolt carrier group made by Colt; a Matech rear BUIS adjustable to 600 meters; a Troy Industries folding front BUIS; a Boonie Packer Redi-Mag; and a SureFire tactical light. All other parts were purchased online from Brownells.

The custom carbine isn’t for everyone. But for those who put the time into its research and design, it offers a chance to own that special one-off rifle, the one that comes through when the world looks like it’s about to end. Read more in an upcoming issue of Rifle Firepower. 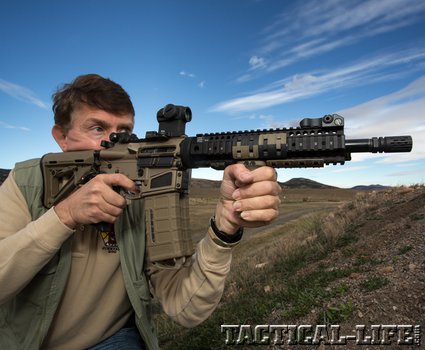 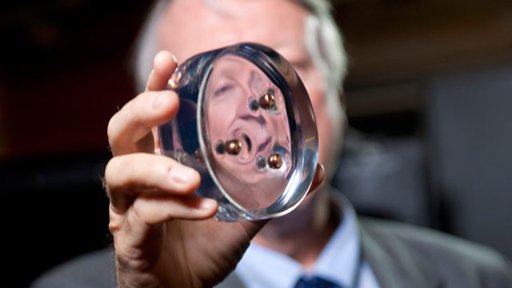 My friend and colleague Dan Henderson decided to build his own personal-defense AR-15, from…