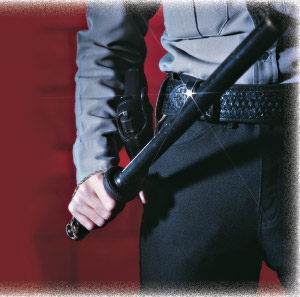 Years back, one of the more seasoned detectives on my unit shared this story with me. It was a story of “crook wisdom” which is kind of an oxymoron because most crooks don’t have much wisdom, but at least this guy figured out that violence doesn’t pay.

As the story goes, there was a crook that specialized in robbing jewelry stores. He’d wave a gun around making everyone lay on the floor, smash the countertops and take the jewelry. That was his “thing” and this particular detective caught him twice. Each time, the state would reward the crook with long stretches in prison. That was their “thing” and everybody was happy.

The wasted years went by and then one day, this crook was picked up for check fraud. When the old robbery detective found this out, he went to talk to him. The crook explained that he didn’t rob jewelry stores anymore, it wasn’t worth the risk. When committing a robbery, there was just a chance that the store owner might have a gun and shoot him. If he didn’t get shot inside, within minutes every officer within miles would be out looking for him and they might shoot him. In the crook’s mind, this was bad.

On top of that, within a day or two a pair of ace robbery detectives would be on his case. Jewelry stores typically have pretty good video cameras, so not only would these ace defectives be hot on his trail, they would know what he looks like. When it comes to pay off, the crook would only get maybe 10 cents on the dollar and it can be treacherous dealing with other crooks. You never know when the “fence” might get caught and make a deal for leniency by giving you up. That plus the hard fact that you get years for robbery but only months for check fraud, maybe even probation.

The crook continued by explaining that when he passed counterfeit checks, nobody even knows about it for weeks or even months, so there’s no chance of getting shot by some gun-toting clerk or the cop on the beat. A detective won’t be assigned the case for months after and with their staggering case load, they might not even come looking. If they make you on the case, it’s usually a filing with the DA and a warrant in the system. That plus the crook realizes the full value of his crime instead of taking ten cents on the dollar and he won’t be depending on other crooks to pedal his take, because check fraud pays in cash.

So you might ask if this crook learned a better way. Probably not since check fraud leaves a clear paper trail and the crook still goes to prison after he’s built up enough convictions.

There’s no doubt it’s a lot safer and it sure doesn’t carry the huge enhancements now attached to gun crimes.

So is this crook wise? I think not. Even though he changed his style, the old fool still got caught and is still doing time no matter how you count your chickens. In my mind the age old adage still applies: Crime doesn’t pay.

Years back, one of the more seasoned detectives on my unit shared this story…