by Fred Demara
in Guns, Rifles
0

Theodore Roosevelt was born in 1858, in New York City. Home-schooled by parents and tutors, he was very bright and had a photographic memory, allowing him to reach Harvard Law School. He dropped out in 1881, however, to run for NY assemblyman. Young Roosevelt was elected and served well, but, disillusioned with machine politics, he retired to a ranch he had bought in the Dakotas.

Roosevelt built a second ranch north of Madera, North Dakota, on the banks of the Little Missouri. Learning to ride, rope and hunt, he wrote about frontier life for Eastern magazines and served as deputy sheriff. A hard winter decimated his cattle, and in 1895 Roosevelt accepted presidency of the board of NYC Police Commissioners. In two years, through sheer strength of character, he radically reformed one of the most corrupt departments in America.

Roosevelt became a national figure when President McKinley appointed him Assistant Secretary of the Navy in 1897. 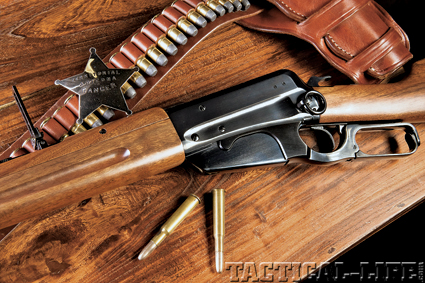