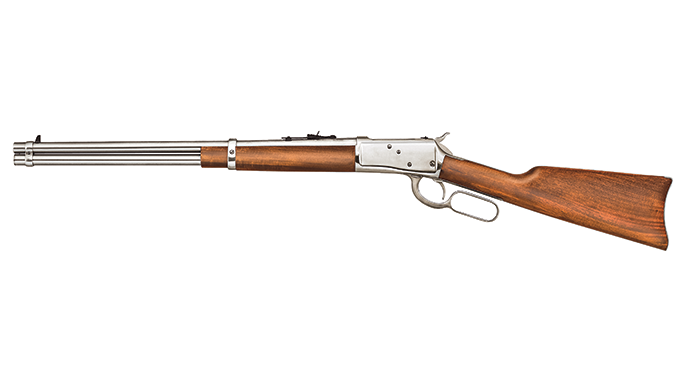 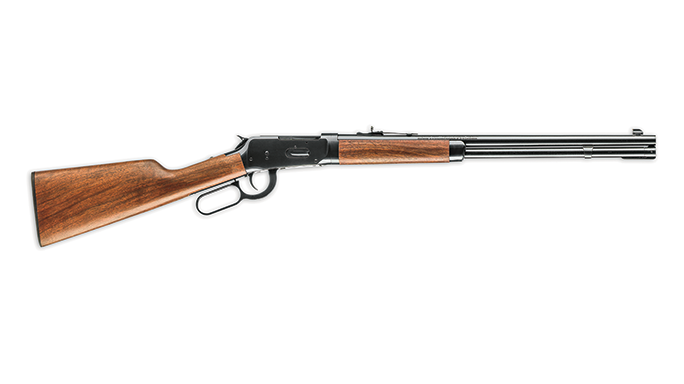 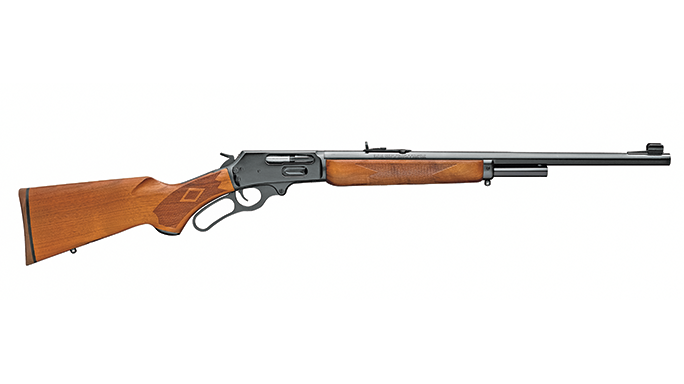 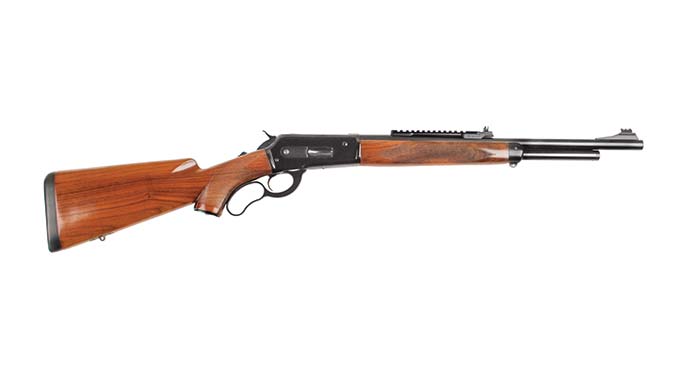 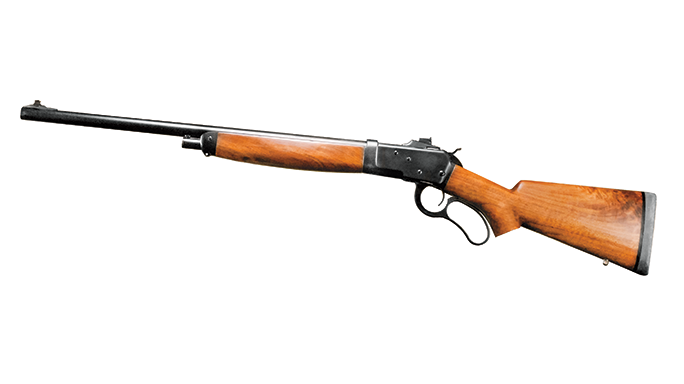 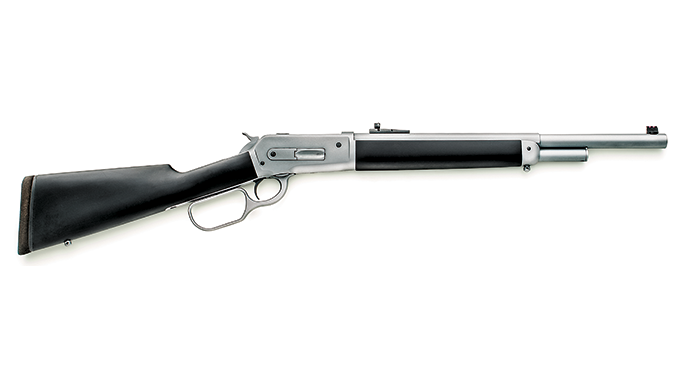 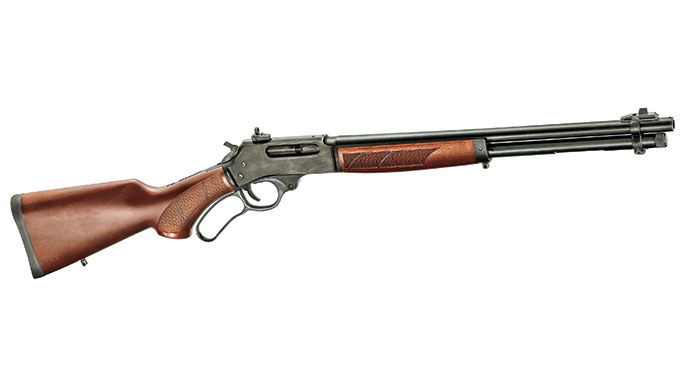 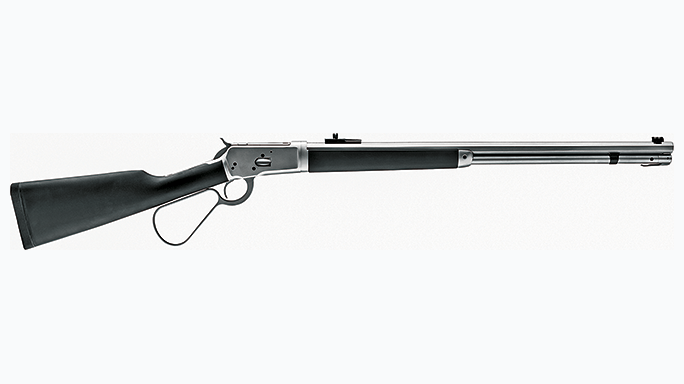 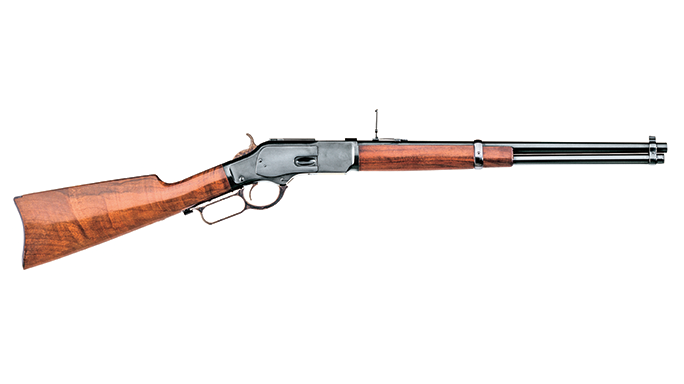 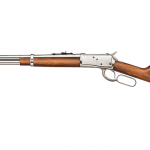 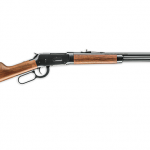 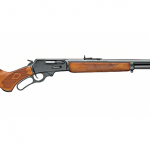 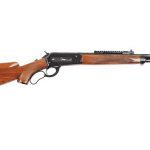 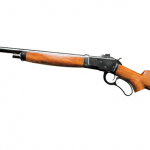 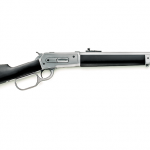 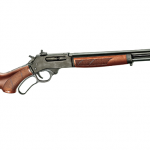 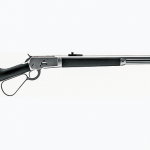 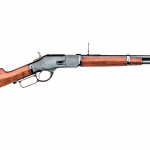 Benjamin Tyler Henry can be credited with inventing the first lever-action rifle in 1860. The Henry, as it was known, was among the first repeating rifles, and it saw extensive use in the American Civil War and later at the Battle of the Little Bighorn, where its purported use by the Sioux helped lead to the destruction of the 7th Cavalry, who weren’t armed with such modern repeating rifles.

The original lever-action rifles of the latter half of the 19th century were blackpowder cartridge firearms, and hence had large bores to match those early cartridges, but today’s powerhouse lever rifles offer bores that few would want to stare down. These big-bore rifles are often used to take down large game and more. In fact, the term “big bore” is believed to have come from Africa, where big-game hunters would carry these types of rifles because they were the only ones truly up to the task at hand.

This Rossi lever action packs 10+1 rounds of hard-hitting .44 Magnum ammunition—more than enough to get the job done in a hurry. The R92 Carbine in .44 Magnum also weighs just 5.6 pounds unloaded. It is a reliable firearm with an attractive stainless steel finish that can stand up to harsh elements, while its ultra-slick lever action means shooters won’t have to take their eyes off the target. All of this makes for a carbine that is ideal for brush hunting and trekking deep into wilderness. (rossiusa.com; 800-948-8029)

Oliver Winchester’s Model 1873 may have “won the West,” but he refined it with the Model 1894. Today this same model is a solid choice for big-game hunting, especially in brushier and tighter conditions where a bolt-action rifle simply won’t do. The Model 94 Trail’s End Takedown is available in .450 Marlin and offers a steel loading gate for smoother loading and an articulated cartridge stop that improves feeding. This lever action is drilled and tapped for scope mounts to let you make shots at long range as well. (winchesterguns.com)

Few products that were “classic” in 1895 would be considered anything but outdated by today’s standards, but Marlin’s tried-and-true Model 1895 in .45-70 is more than just a classic—it’s downright timeless! The rifle features a 22-inch barrel with deep-cut Ballard-type rifling and an American black walnut pistol-grip stock with cut checkering and swivel studs. This Classic Model 1895 might live up to its name even in 2095 and beyond. (marlinfirearms.com; 800-554-8892)

While no big-bore lever rifle will take down a mythical monster, the Cimarron Model 71 Hogzilla Killa might just be the one to give it a try. The Model 71 line is based on the Winchester Model 1886 and offers equal parts strength, reliability and eye-catching beauty. The Hogzilla Killa sports a traditional pistol-grip stock, an adjustable semi-buckhorn rear sight and a European walnut stock. It packs quite a big punch in a relatively small package. (cimarron-firearms.com; 877-749-4861)

Big Horn Armory produces its Model 90A to chamber the .454 Casull with a 17-4 stainless steel barreled action that is properly hardened to deliver downrange performance year after year. Several stock options are available, including walnut, maple or a laminate version . The rifle is fitted with front and rear sling swivel mounts, a curved lever for easy operation with gloves, a rear aperture sight, a front post sight and a pistol-grip stock with a 1-inch-thick buttpad to help absorb recoil. (bighornarmory.com; 307-586-3700)

For those who don’t want basic gun metal with their lever-action rifle, the Chiappa 1886 Kodiak offers a fine mix of comfort and aesthetics. The stock and forend wood has “soft touch” paint with a layer of matte black rubber that provides a firm yet pleasant grip, while the rubber buttplate will help absorb the rifle’s .45-70 Government recoil. The receiver, bolt, lever and barrel are protected from corrosion and rust—and even fingerprints—via a special hard chrome treatment that provides an opaque finish and will look good year after year of rugged use. (chiappafirearms.com)

Dubbed “the choice of big-game hunters,” Henry’s .45-70 Lever Action (Model H010) is capable of handling even the largest game in North America. It features a blued steel receiver with a round, 18.43-inch barrel and a tubular magazine with a four-round capacity. The pistol-grip stock and steel-capped forend are crafted from American walnut and cut with checkering for a sure grip to help shooters make every shot. A version with an octagonal barrel is also available. (henryrifles.com; 201-858-4400)

Should you answer the call of the wild, you may want to have the 1892 Alaskan Take-Down from Taylor’s & Co. Firearms at your side. It combines a traditional design with modern technology, and the result is a fast-handling lever action that is designed specifically for today’s hunters. While the version shown is a .44 Magnum with a 16-inch barrel, a 20-inch barrel is also available as well as a .357 Magnum version with a 16-inch barrel. (taylorsfirearms.com; 540-722-2017)

The Winchester Model 1873 was known as the rifle that “won the West,” so it isn’t surprising that Uberti should replicate this timeless classic. This already elegant rifle comes with an A-grade walnut stock, deep-blued steel, a color-casehardened lever and hammer, and fully adjustable sights. It also comes supercharged in the powerful .44 Magnum so today’s cowboys can enjoy it not only for target shooting, defense and competition, but also for big-game hunting at moderate ranges. This carbine combines history and technology to evoke the Wild West in all its glory. (uberti.com; 800-264-4962) 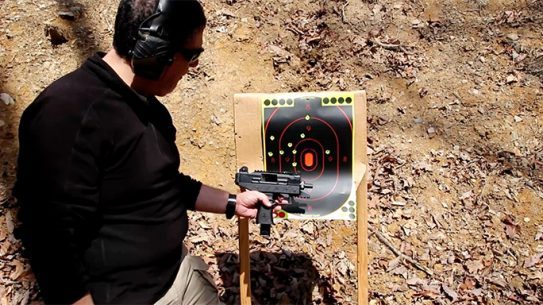