You all will remember the discussion we had here and at Military.com on the Infantry Half Kilometer paper by Maj. Tom Ehrhart which examined Army training an equipment shortfalls for the longer-range fight in Afghanistan.

We had the good fortune to sit down this morning with the Commandant of the Marine Corps, Gen. James Conway, for a wide ranging interview and one of the things we pingedhim on was the issue of the M4/M16/long range direct fire debate.

Back when the Marine Corps was debating the replacement for the M16A2, there was strong advocacy for the M4 at the time. The Army was buying them as its standard-issue carbine, why not the Marine Corps. It pitted the old-school “rifleman” cabal against the “distributed operations” sect and the Gunners won out much to the continued chagrin of rank-and-file grunts.

Well, Conway pulled a little “I told you so” on us today in describing the success of the M16A4 in the Afghan theater and his continued advocacy for the platform as the standard for most Marines.

Marines like that M4 carbine because it looks cool. And I’ve had some Marines complain to the chairman of the Joint Chiefs of Staff saying ‘you know, the officers are getting these things, but we’re still having to carry this rifle.’ Well, the Marine Corps will always be a rifle Marine Corps. The carbine is an extension of the pistol, not a reduction of a rifle. And in the Afghanistan scenario where you’re shooting long distances you gotta be able to reach out and touch ’em. And a carbine is just not designed to do that.

Except the M4 carbine has a max effective range of 500 meters on point targets, according to the books, as does the M16A4. But we all know the longer-barrelled M16 is better at longer ranges (and the Army admits that too).

Read the rest of the Kitup blog at Military.com. 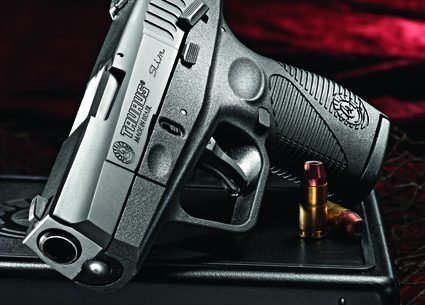