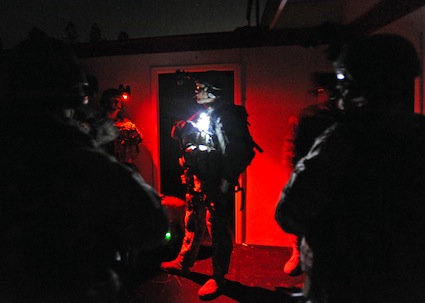 In spite of the criticism against U.S. and NATO forces’ use of night raids in Afghanistan, the man tapped to be the next head of Special Operations Command defended the practice during testimony before Congress, the National Journal reports.

Vice Adm. William McRaven, the man who commanded the operation that kill Osama bin Laden in May, told lawmakers that the missions, typically carried out by special forces, often are misconstrued as violent, the journal reports. President Obama has nominated McRaven for the top special operations spot.

The use of night raids has been controversial and has drawn the ire of Afghan president Hamid Karzai, who repeatedly has called for U.S. and NATO forces to stop conducting such missions. 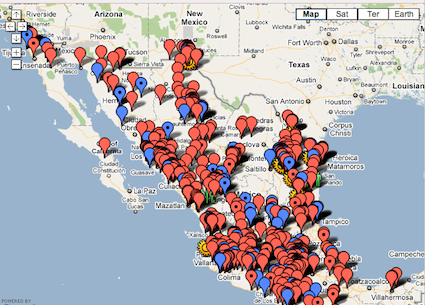 Google Maps narco killings in Mexico: 40,000 people killed in just over a year.

U.S. Special Operations Soldiers conduct a night training mission during which they raid a…