0
SHARES
369
VIEWS
Share on FacebookShare on Twitter
Ultra-reliable and packed with extras, the Cobra Force will be a great asset to LE. Shown with a Spec-Ops Lone Star sling and Elzetta ZFL-M60 light in a ZSM mount.

A staple of law enforcement and frequently used by the military in specialized circumstances, the tactical shotgun took a perceived dip in popularity when the push for patrol carbines began. Following the advent of the patrol carbine, many policy makers made decisions relegating the law enforcement shotgun to the obsolete bin, elevating the AR/M4 patrol carbine to the do-all-end-all slot. Thankfully, decisions have a way of mutating over time. Based on the continued production of smoothbores and the increasing number of new models being offered to law enforcement officers and civilians, it may be that reports of the fighting/LE shotgun’s demise were greatly exaggerated.

The bulk of the new smoothbores introduced seem to be pump actions. Pump shotguns have a reasonably simple manual of arms, which is perfect for weapons intended for use when the stress level is through the roof. Reliability is great—pump actions work with virtually any shotshell stuffed into them, from full-power loads to reduced-recoil buckshot or slugs, breaching rounds and even less-lethal munitions. All of this makes pump shotguns an excellent addition to the toolbox. 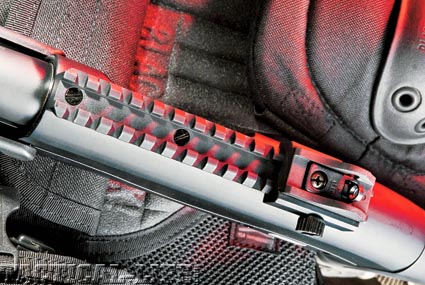 The aluminum alloy receiver features a Picatinny rail on top so operators can mount their preferred optics for faster targeting.

One of the new models offered in the tactical shotgun market is TriStar Sporting Arms’ 12-gauge, 3-inch-chambered Cobra Force. A slide action built with many traits experience shows are desirable for an officer’s deadly force confrontation, the Cobra Force has been designed for close-quarters use. The kind of use the LEO or civilian defending his or her home might find useful. 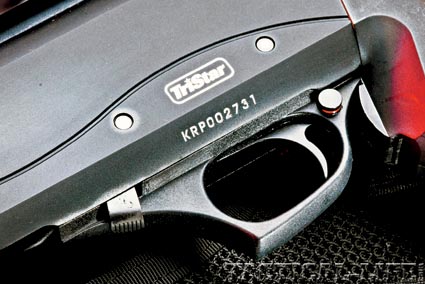 The crossbolt safety is just behind the trigger, within easy reach. The bolt release is in front of the triggerguard on the left side.