WASHINGTON, Oct. 20, 2009 – Even as leaders in Washington struggle with the next steps in Afghanistan, troops there are moving to better protect the Afghan people, NATO and Pentagon officials said today.

NATO’s International Security Assistance Force is gradually re-positioning its forces as part of the counterinsurgency strategy of protecting the population.

When Army Gen. Stanley A. McChrystal, the NATO and U.S. commander in Afghanistan, arrived in Kabul, his mission was to institute a counterinsurgency campaign against the Taliban and other terrorist groups. The heart of the campaign is protection of the Afghan people and separating the people from Taliban influence and intimidation.

“Each closure is coordinated with the Afghan Border Police, who have the mission for protecting the border, as well as local government officials, Afghan National Police and Afghan National Army in the area,” a Regional Command East official said.

The command closed Combat Outpost Lowell in Nuristan province’s Kamdesh district today. Troops left the facilities at the outpost intact for use by the local community, and Afghan soldiers and police will take over security responsibility ffor the region.

“We are monitoring the situation in Pakistan very closely, and we continually assess the security situation in Afghanistan and adjust our operations to ensure we try to assist our Afghan partners as best we can to maintain the security within Afghanistan,” said Army Col. Wayne Shanks, a spokesman for the International Security Assistance Force in Kabul.

NATO forces will be re-positioned in other parts of Afghanistan in the coming weeks. “We are re-positioning forces all across Afghanistan to better protect the Afghan people,” Shanks said. “You won’t see wholesale re-distribution, but movement from remote locations to ones which can prevent insurgent influence on the larger population centers.”

American officials are encouraged by the Pakistani effort in Waziristan. Defense Secretary Robert M. Gates told reporters traveling with him that the “terrorist attacks that have been launched inside Pakistan in recent days made clear the need to begin to deal with this problem. So we obviously are very supportive of what the Pakistanis are doing. But it’s very early yet.”

More than 30,000 Pakistani troops, supported by close-air support, have moved into Waziristan – an area considered to be the heart of the Taliban presence in Pakistan. 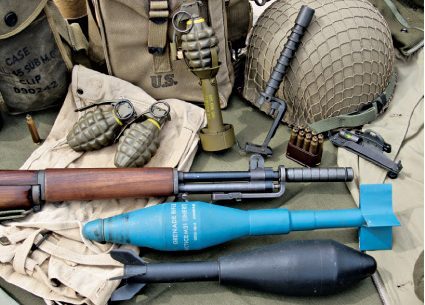 WASHINGTON, Oct. 20, 2009 – Even as leaders in Washington struggle with the next…