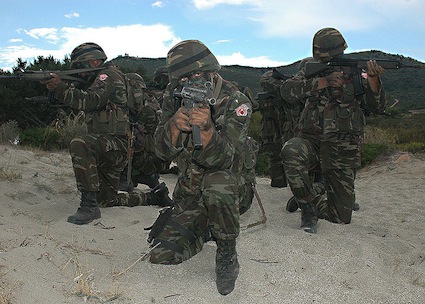 Turkish troops and military vehicles deployed toward the border with Syria on Thursday as a precaution after Prime Minister Tayyip Erdogan gave orders to react to any Syrian threat approaching the frontier.

Erdogan, who has given shelter in the border area to rebels fighting Syrian President Bashar Assad, announced the new rules of engagement for Turkish troops on the border after Syrian air defenses shot down a Turkish warplane last Friday.

“I can confirm there are troops being deployed along the border in Hatay province. Turkey is taking precautions after its jet was shot down,” a Turkish official said on condition of anonymity.

Texas man sentenced to 40 years in Stand Your Ground case.