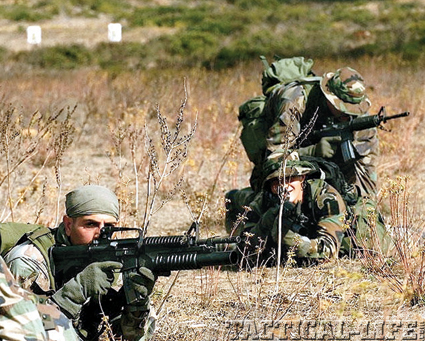 This is a bit of an oversimplification, as the SAS are trained to carry out missions similar to the SAT if needed, though their primary missions are mine-clearing, dealing with unexploded ordnance or placing explosives on enemy vessels. They are considered among the most capable bomb disposal personnel in Turkey and are often used on counterterrorist missions where explosives may be encountered. The SAT’s primary missions are amphibious assault and intelligence gathering, but they are also used for counterterrorist and VIP protection operations. Most recently, members of the SAS and SAT have been used on operations by the Turkish Navy against Somali pirates. 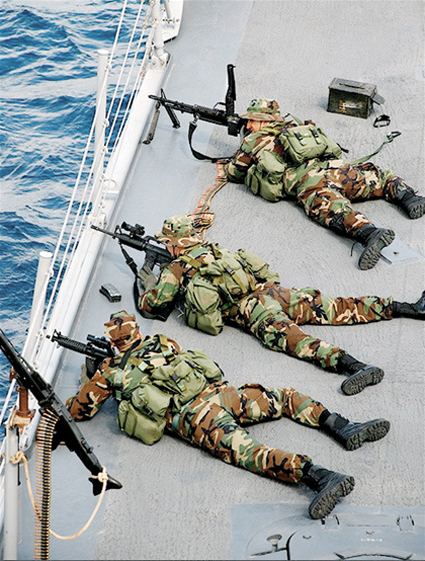 History
The first SAS and SAT units were established in 1963, with the initial cadre receiving training from the U.S. Navy SEALs at San Diego. Relations between the units and the SEALs remain very strong to this day. Although the SAS and SAT were originally part of the Turkish Rescue and Underwater Command, they were placed directly under the Turkish Navy’s General Command in 1974. 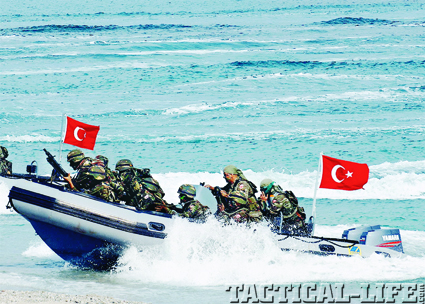 Members of the SAT speed towards the beach in their Zodiac raiding craft. Image: Türk Deniz Kuvvetleri 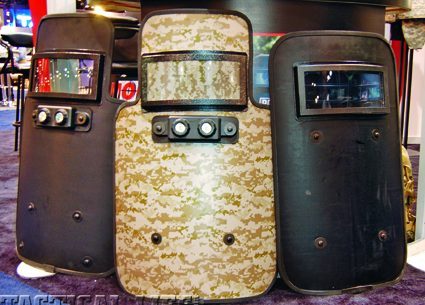