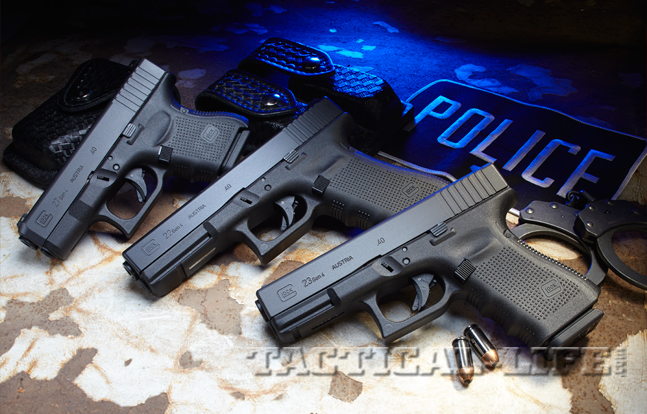 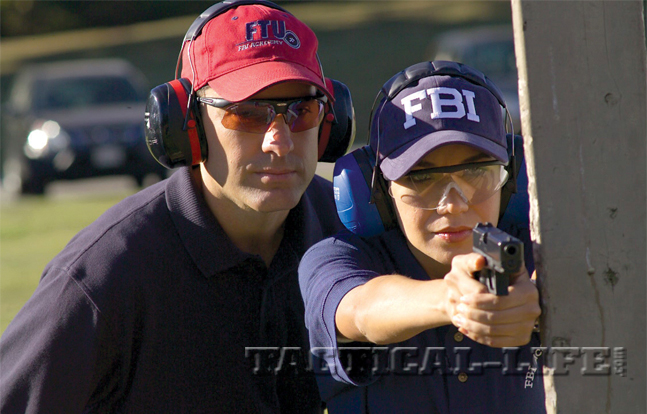 2 of 3
Glock-FBI-academy
FBI Academy in Quantico, VA | Agents and cadets taught how to master their .40 GLOCK pistols. 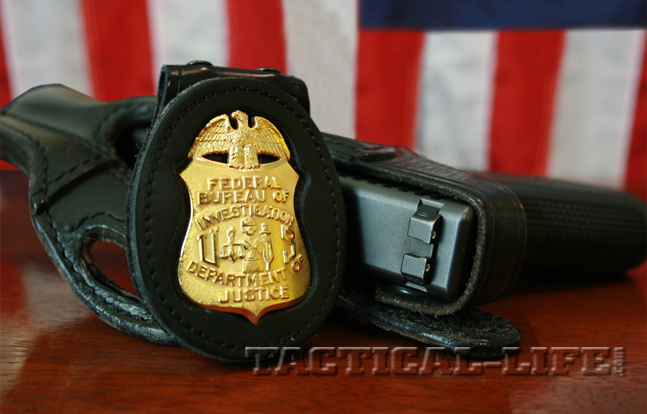 3 of 3
Glock-andbadge
GLOCK and Badge 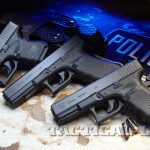 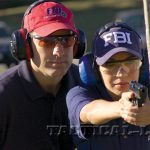 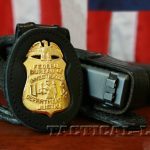 The U.S. Department of Justice has to have some of the most capable weapons to enforce the laws of the land. Its agents turn to Glock. In the upcoming June 2014 issue of SPECIAL WEAPONS FOR MILITARY & POLICE, author Donald J. Mihalek discusses some agencies that use .40-caliber Glock pistols.

Mihalek writes, “As our nation’s federal department responsible for enforcement of the law and administration of justice, the U.S. Department of Justice (DOJ) is our nation’s primary law enforcement entity. The Judiciary Act of 1789 initially established the department, and at the time, the Attorney General only gave legal advice to the President and Congress and was more or less a part-time job. “In 1868, the Congress decided to create a ‘law department’ headed by the Attorney General and composed of the various department solicitors and U.S. Attorneys. In 1870, President Ulysses S. Grant signed a bill into law creating the Department of Justice.

“This ‘Act to Establish the Department of Justice’ increased the Attorney General’s responsibilities to include the supervision of all U.S. attorneys, formerly under the Department of the Interior, the prosecution of all federal crimes and the representation of the United States in all court actions, barring the use of private attorneys by the federal government. The law also created the position of solicitor general to supervise and conduct government litigation in the U.S. Supreme Court. “Over time, some of the world’s premier law enforcement agencies were incorporated into the DOJ, including the U.S. Marshals Service, Drug Enforcement Administration (DEA), bureau of Alcohol, Tobacco, Firearms and Explosives (BATFE) and the Federal bureau of Investigation (FBI).

“Combined, the department and its agencies are tasked with protecting American citizens from both domestic and foreign criminals and terrorist plots throughout the world. With that responsibility, the department’s agencies have all chosen Glock to be what they carry into battle.”

To learn more, check out the June 2014 issue of SPECIAL WEAPONS FOR MILITARY & POLICE, available on newsstands and digitally May 13, 2014. To subscribe, go to https://www.tactical-life.com/subscribe/special-weapons-for-military-and-police/ 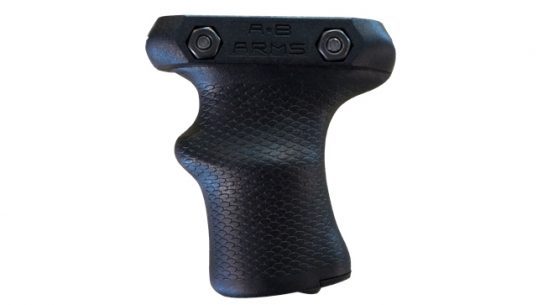 AB Arms’ TGrip Gets a Grip on the Tavor | New Product

New TGrip from AB Arms was designed specifically for the IWI Tavor SAR.