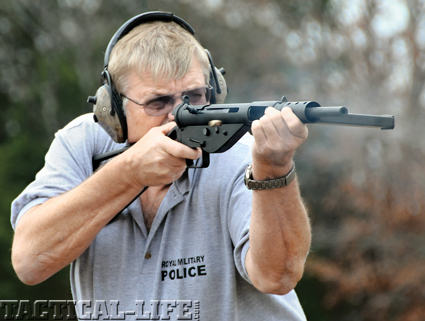 The Sten submachine gun is certainly not the most elegant SMG every made. Neither is it the safest, especially in the Mk II configuration I tested for this article. It was, however, the right weapon at the right time. When the Sten went into production, Great Britain was facing possible invasion by the Germans and desperately needed weapons to fight the enemy on the beaches and behind them. British industry and resources were already stretched to the maximum, thus a weapon that could be manufactured cheaply and quickly was needed. The Sten was that weapon. 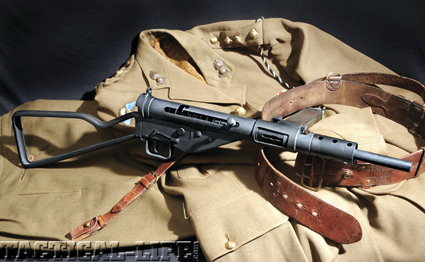 Filling A Need
Prior to the development of the Sten, British forces were purchasing the Thompson SMG from the U.S. Generally, the Thompson is considered one of the finest SMGs ever made, but it was quite expensive and the Brits had to pay for it with hard currency, even gold—resources that they lacked. Not only that, but enough were not being produced to fill British needs and when the U.S. entered World War II, Thompson production would go to U.S. troops.

As a result, the Royal Small Arms Factory at Enfield was charged with developing a SMG that could be used to quickly arm British troops and the Home Guard. Using stampings and other parts requiring minimal machining and welding, the Sten was developed. Its name came from the first initials of the last names of its designers—Major R.V. Shepherd and Harold John Turpin—plus “EN” for Enfield. Many of the small parts were produced in local machine shops, a truck making the rounds and picking them up each day and dropping off raw materials. Assembly took place at various ordnance factories. 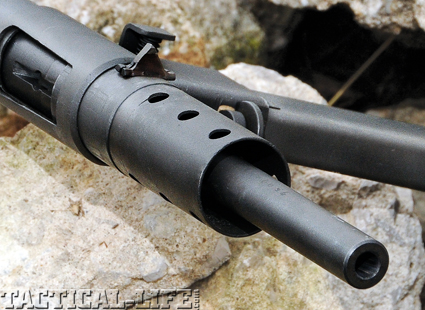 Be sure to keep your support mitt on the shroud, clear of the muzzle. 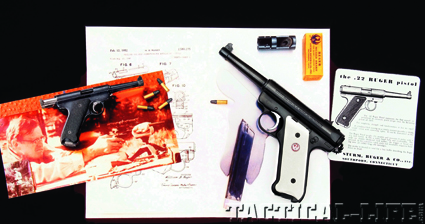 The Sten submachine gun is certainly not the most elegant SMG every made. Neither…