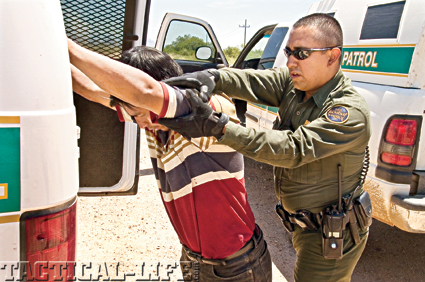 This is your assignment, if you choose to accept it: Go to Mexico with a small team and investigate the most violent criminals. Attempt to protect the United States from weapons of mass destruction, terrorists and the importation of drugs while working with foreign officials who may or may not be corrupt. And leave your weapons at home — you aren’t allowed to be armed in Mexico.

Having worked on the United States/Mexico border as a Border Patrol Agent for 24 years, this is an assignment I would not willingly undertake. Yet despite the danger and the violence in Mexico, agents from the alphabet soup of federal agencies; DEA, FBI, DHS and ICE, work in Mexico every day alongside Mexican law enforcement as they attempt to bring down the cartels, known in the trade as DTOs (Drug Trafficking Organizations).

As far as we can tell, Agents Jaime Zapata, a former Border Patrol Agent assigned to Immigration and Customs Enforcement, and his partner, Victor Avila, were performing routine duties on February 15, 2011 as they returned to Mexico City after delivering equipment to other agents in the state of San Luis Potosi. Driving an armored blue SUV with diplomatic plates, they either drove up to a roadblock or were driven off the road by some 10 to 15 members of the ultraviolent Los Zetas drug cartel. The unofficial word is the Zetas knew exactly who they were targeting when they opened fire on the U.S. agents. The joint U.S./Mexican government’s official spin says the whole thing was a case of mistaken identity as the drug gang, founded by renegade Mexican special forces operatives, merely wanted to carjack a coveted SUV.
Regardless, Agent Zapata lost his life in the attack while Agent Avila was wounded, shot in both legs. As Texas Congressman Michael McCaul has said, “This was an intentional ambush against two United States federal agents. This tragic event is a game-changer.”

The American government has ways of showing its displeasure when our agents are killed in foreign lands and this displeasure has had an effect on both the bad guys and the government in Mexico. For more than 25 years since the murder of DEA Agent Enrique “Kiki” Camarena in 1985, none of our agents have been killed in Mexico. Now, especially if the attack on Agents Zapata and Avila was intentional, all bets are off and we would appear to have entered a new and more dangerous level of violence in Mexico. Could it be that Los Zetas, perhaps followed by other DTOs, are going to abandon the previous “rules of the game” prohibiting the killing of American agents? They certainly seem to have no reluctance towards killing Mexican officials at all levels of government. Dozens of policemen, mayors, prosecutors and other officials have been specifically targeted by DTOs during the five years of the current crackdown by the Mexican government.

Short of having our agents ride around in armored convoys, as in Afghanistan, I’m not sure what we can do to keep them safe. The Mexican government will not allow our agents to carry firearms in Mexico — but even if they were armed, what could a couple of agents do to protect themselves from a large, heavily armed paramilitary unit like the one that attacked Agents Zapata and Avila?

In order to protect our people and take down the DTOs, it seems to me we would need an operation similar to the way the war on the cartels was prosecuted in Columbia. This required establishing a joint paramilitary army in Columbia made up of American Special Forces operators and federal agents combined with Columbian military and police. Unfortunately, Mexico is fiercely protective of its sovereignty, especially where Norte Americanos are concerned, so I don’t see the Mexican government allowing this to happen. In the meantime, our government appears to be protectively restricting the activities and travel of our agents in Mexico, which will cause them to be less effective. Maybe that’s what Los Zetas wanted all along when they attacked our people. If so, they are winning. 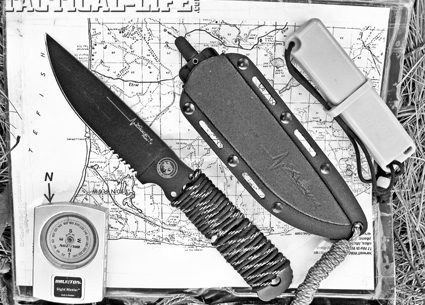 Homeland Security photo This is your assignment, if you choose to accept it: Go…