WASHINGTON, July 30, 2009 – The most frustrating part about suicide prevention is the uncertainty about what causes troops to take their lives, top military leaders said here yesterday.

This near-unanimous chorus was sounded on Capitol Hill when the second-ranking military officers of each service testified about military mental health before the House Armed Services Committee.

“The most frustrating thing is trying to find a cause,” said Gen. Peter W. Chiarelli, the Army’s vice chief of staff.

The Army last week launched a study group comprising the military, National Institute of Mental Health, academia and other members in hopes of better understanding the underlying causes of suicide.

The largest study of behavioral health ever undertaken by the Army will examine behavioral health, psychological resilience, suicide risk, suicide-related behaviors and suicide deaths across the active and reserve components over all phases of a soldier’s career, Chiarelli said.

The $50 million study will present findings quarterly, with preliminary results due in November. Chiarelli said the findings could be incorporated in real time into treatment programs. The Army had a record number of suicides in 2007 with 115, and again in 2008 with 139.

“[The study group] realizes this is not business as usual. We’re not going to wait for the final results of the study,” the general said, referring to the project’s five-year timeline. “We feel that this could be huge — huge for the Army, the Department of Defense and quite frankly, for America.”

The general predicted that an early recommendation will be to relieve stress on the force by increasing the amount of time troops spend at home relative to the length of time deployed. Chiarelli said deployment stress has shown to manifest itself in high-risk behaviors in soldiers.

“Unfortunately, in a growing segment of the Army’s population, we’ve seen increased stress and anxiety manifest itself through high-risk behaviors, including acts of violence, excess use of alcohol, drug abuse and reckless driving,” he said.

Accordingly, the military is trying to address the broader issues underlying psychological problems that sometimes lead to suicide. “Suicide is an extreme indicator,” Chiarelli said.

“The reality of it is, the target for [these programs] needs to be the assimilation of those who have served back into the general population dealing with the day to day — whether it’s families, their kids, their education, their bills, and the relationship stressors associated with it,” Walsh said.

“Our folks, while they’re deployed, generally are OK,” he said. “When they return from the cocoon of deployment, it’s those first six months that are often a vulnerable time.”

Echoing this finding, Gen. James F. Amos, the assistant Marine Corps commandant, said Marines generally are happy when deployed. “When they return home is when they are most at risk,” he said.

In the Marine Corps, those who take their lives tend to be a certain demographic: a white male in the junior enlisted ranks, age 18 to 24, and the most common form of suicide was a fatal gunshot wound or hanging, which mirrors the civilian population.

But while most Marines who committed suicide — 42 in 2008 — had recently experienced a failed relationship, Amos bemoaned the lack of a more comprehensive understanding of the root causes. “We’re doing abysmal,” he told the legislators.

Gen. William M. Fraser III, Air Force vice chief of staff, expressed optimism that an increased number of airmen seeking assistance indicates a reduction of the stigma sometimes attached to mental health treatment. But in a quarter of the cases of Air Force suicides since 2003, that assistance was insufficient, he said.

“That’s the most frustrating, is when you provide things and still it’s just not enough. And you never really ever know ‘What else could I have done?’” he asked ruefully. “‘What else could we have done to help them to not lose hope in the face of despair and then commit that fateful act?’” 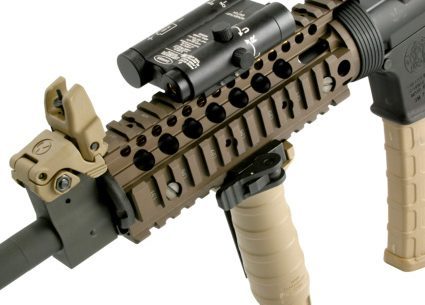 WASHINGTON, July 30, 2009 – The most frustrating part about suicide prevention is the…