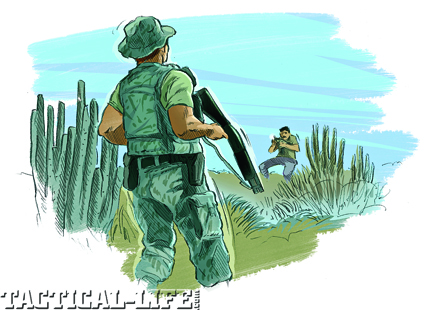 On December 13, 2002 two Mexican Nationals identified as Ramirez Lopez and Panfilo Murillo-Aguilar fled Mexican Police from the border town of Sonoyta, Sonora, Mexico and illegally crossed the U.S. border near Lukeville, Arizona in a stolen GMC SUV. The two hijackers ended up in the Organ Pipe Cactus National Monument where U.S. Park Rangers and U.S. Border Patrol Agents immediately responded to the threat.

When the vehicle the subjects were driving got stuck in the sand, one man ran to the northwest, while the second man ran to the southwest into an overgrown area of the desert. After Ranger Kris Eggle apprehended Ramirez Lopez in the clearing to the northwest, he and a U.S. Border Patrol agent were directed by a Border Patrol helicopter pilot to search for Murillo-Aguilar in the southwest area, which was thick with vegetation.

As NPS Law Enforcement Ranger Eggle approached the second subject with his body bladed to the side and his shotgun at the ready, Murillo-Aguilar fired three rounds from an AK47 from approximately 50 feet away. The BP helicopter pilot was not able to observe the AK47 that Murillo-Aguilar had concealed under his body as he tried to hide in the vegetation. Ranger Kris Eggle never had a chance to return fire with his 12 gauge and was immediately struck with a bullet that hit his radio on his duty belt and entered the side of his abdomen just under his armored vest with enough force to break his hip bone. While Ranger Eggle fell mortally wounded to the ground, Murillo Aguilar fled southeast across open desert in an attempt to escape the dragnet, but was gunned down by 30-plus Mexican police officers.

U.S. NPS Law Enforcement Ranger Kris Eggle died of his wounds at 2:24 PM while being transported to a hospital. Kris is survived by his mother, father and sister. His sister later became a U.S. Park Ranger.

Praise the Lord and…Pass the Ammunition 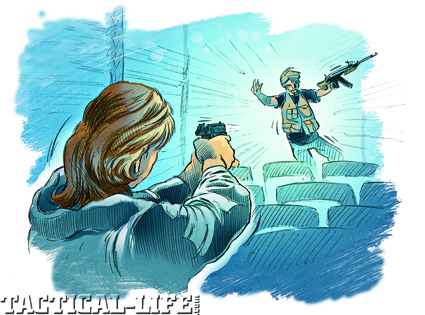 Most churches are predisposed to welcome evil and broken people, just as a hospital is predisposed to welcome sick and broken people, as both institutions hope to be part of a healing process. But just as those in an ER protect themselves from a raging disease, no matter how compassionate they may be, churches also have to do their best to ensure that those with evil intent leave their evil at the door.

Volunteer security at New Life Church in Colorado Springs was on alert 9 December 2007, after a man later identified as Matthew Murray had shot and killed two people at a nearby missionary training center in Arvada, CO. Some 7,000 worshippers were in and around New Life Church that day—including some 15 to 20 armed volunteer security guards—as Sunday services were letting out.

Murray appeared at the church and opened fire in the parking lot with a semiautomatic rifle. He then entered the church where he fired a total of 26 rounds, killing two teenage sisters and wounding three others. Although out-gunned, former police officer and licensed-carry volunteer Jeanne Assam responded, under fire, to the active shooter. She called for him to surrender moments before she returned fire with her 9mm Beretta. Her rounds struck Murray, knocking him to the ground. Knowing his rampage was at its end, Murray then shot and killed himself. Murray was also carrying 9mm and .40-caliber handguns, and had a Kalashnikov rifle and additional ammo in his car.

Noted Senior pastor Brady Boyd, “there could have been a greater loss of life yesterday, and she probably saved over 100 lives.”

Read more in this issue of Tactical Weapons. 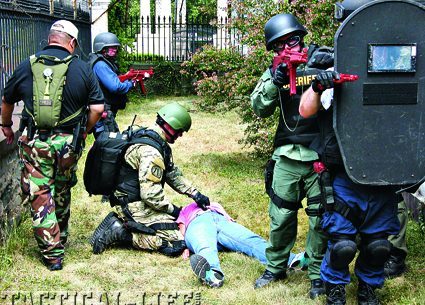