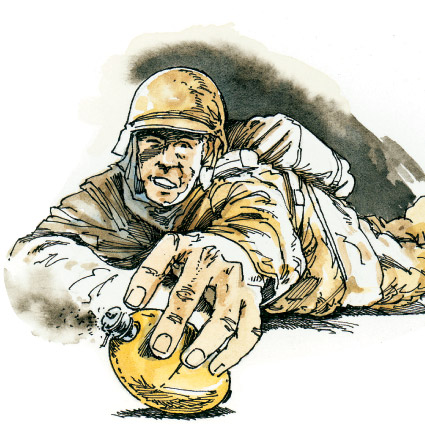 Several Internet readers have pointed out this poignant article by Fox’s Oliver North:

“On the morning of November 15, 2004, the men of 1st Battalion, 3rd Marines awoke before sunrise and continued what they had been doing for seven days previously—cleansing the city of Fallujah of terrorists, house by house.
“At the fourth house they encountered that morning, the Marines kicked in the door and ‘cleared’ the front rooms, but then noticed a locked door off to the side that required inspection. Sgt. Rafael Peralta threw open the closed door, but behind it were three terrorists with AK-47s. Peralta was hit in the head and chest with multiple shots.

“Peralta’s fellow Marines had to step over his body to continue the shootout. As the firefight raged on, a ‘yellow, foreign-made grenade,’ rolled into the room where they were all standing and came to a stop near Peralta’s body.

“But Sgt. Rafael Peralta wasn’t dead—yet. This young immigrant of 25 years, who enlisted in the Marines when he received his green card, who volunteered for the frontline duty in Fallujah, had one last act of heroism in him.

“As Sgt. Rafael Peralta lay near death on the floor of a Fallujah terrorist hideout, he spotted the yellow grenade. Once detonated, it would take out the rest of Peralta’s squad. To save his fellow Marines, Peralta reached out, grabbed the grenade, and tucked it under his abdomen.”

Oliver North went on to note how sad it was that the story of Sgt. Peralta’s heroism received only a fraction of the media coverage given another young solider who became an instant media darling by refusing to board his ship bound for Iraq with other sailors and Marines. He showed up on the pier wearing a black t-shirt that read, “Like a Cabinet member, I resign.” 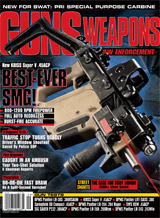 Several Internet readers have pointed out this poignant article by Fox’s Oliver North: “On…