Gregory T. Miller, 101st Airborne Division, told Congress at a hearing in June that Interceptor Body Armor (IBA) saved his life while he was on patrol in Kirkuk in preparation for Iraqi elections in December 2005. He was hit in the back by a sniper with what was supposed to be an armor-piercing round. Spc. Miller, who wound up with a bruised back, said he didn’t even realize he’d been hit at first.

It all seemed to happen in slow motion. The water bottle I was holding flew out of my hand; I thought my team leader had hit me on the back—hard. When I realized I’d been hit, I checked myself and then turned to return fire.”

When the round was pulled from his armor back plate, ballistics tests identified it as a 7.62 armor-piercing round. “I trust my gear,” he told the congressional panel. When asked why, he replied matter-of-factly: “It saved my life.”

Staff Sgt. Jeremie Oliver of Fort Hood, Texas, has been in Iraq since 2006, wearing his body armor everyday. “It works very well,” he has reported. The husband and father of four children was shot on Father’s Day this year.

“We were on patrol securing a site … a shot rang out and I got hit in the chest. I was in a Bradley, standing up in the hatch, plotting a grid on my GPS. At first I didn’t know what had really happened, but then I felt the pain. I sat down, realized what happened, and opened my vest. The bullet had not penetrated the vest, so we continued the mission and went after the enemy.”

Sgt. 1st Class Jody Penrod described his combat experience with IBA: “I took a couple of IEDs and some shrapnel, and I had a fire bomb and it didn’t light on fire. So I was pretty pleased.”

Because the IBA vest protected his entire chest area, Sgt. 1st Class Penrod didn’t have so much as a scratch from the shrapnel in the blast. He recounted how insurgents had made Napalm-type bombs with soap so that it would stick to Soldiers while on fire. “I got some on my vest, but it just went right out. So I was kind of happy that the vest didn’t go up in flames.”

Spc. Jason C. Ashline, an infantryman with Fort Drum, NY’s 10th Mountain Division, survived a round from an AK-47 in Afghanistan in 2002 thanks to his body armor. He stated at the recent dedication of MIT’s Institute for Nanotechnologies: “If it weren’t for technology I wouldn’t be standing here today.”
Spc. Ashline was hit twice in the chest during a 12-hour firefight with al-Qaeda insurgents in 2002. The slugs lodged in his body armor. He was stunned but unhurt, and was pulled to safety by his buddies.

Capt. Daniel Leard, also at Fort Myer by way of Iraq, called his body armor “a great protective asset.” He said it routinely stopped rounds. “In our own unit we had, on several occasions, soldiers pulling bullets out of their body armor or helmet. It clearly saved their lives.” 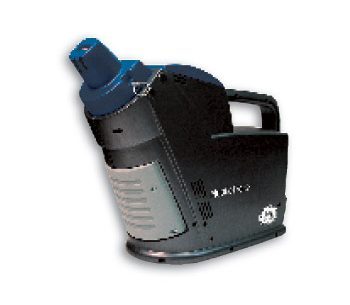