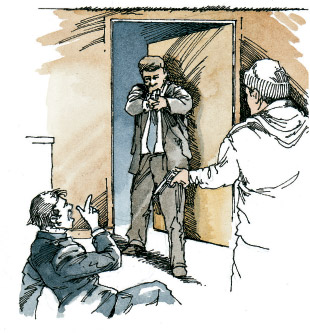 In 1983 I left the police department to become a Special Agent with the U.S. Secret Service. We trained in the Federal Law Enforcement Training Center in Glynco, Georgia and subsequently traveled to Washington D.C., and Beltsville, Maryland, for the SATC (special agent training course). Shortly after graduating from the course, a co-worker of mine was involved in a sting operation where one agent would be behind a two-way glass partition that appeared to the perpetrators (perp) to be a big mirror. The Secret Service set up this sting operation and lured criminals in to sell stolen treasury checks, weapons, and counterfeit money.A few days into the operation while the “store” was supposed to be closed for lunch, a bad guy armed with a Saturday Night Special entered the office came upon an agent and attempted to
rip him off. The perp pulled his revolver and handed the agent a pair of panty hose and ordered
him to tie himself up. While the agent tried to stall, my colleague behind the mirror saw what was occurring. Just as he opened the door to confront the bad guy, the perp pulled the trigger on his gun several times, attempting to kill the first agent he had encountered. Upon seeing this, my colleague opened fire at the bad guy with our then issued Model 19 3 .357 cal. With a hot treasury loaded bullet, he hit the bad guy center chest. Remarkably, the felon ran down a flight of stairs and one city block before collapsing and dying.

As an aside, the first agent who had been shot at calmly picked up the office phone and was looking into the double-sided mirror that videotaped this entire scene. He was heard calmly telling his story asking for EMS and police assistance all while he calmly made sure his hair was in place. Now that’s an agent with some nerve!
—Jason R. McDonald 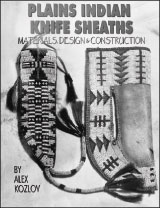