1
SHARES
22
VIEWS
Share on FacebookShare on Twitter
The Kukri, chambered in 7.62mm is a basic yet rugged rifle designed to be truly reliable. Fitted with a SureFire muzzle brake, a Picatinny scope rail with a Leupold Mark 4 tactical scope mounted, and an under-forend accessory rail with an Atlas Precision bipod. Simple and practical on the outside, yet loaded with subtle modifications that add up to deliver exceptional performance.

Competition in the custom, high-end, tactical, bolt-action rifle market is fierce. Most builders utilize Remington 700 actions, tweaked and fitted to a McMillan stock. While this has sort of become the de-facto standard, it does not mean it’s the only way. Like with diversity in religion, there’s more than one way to find heaven.

Prior to reviewing a rifle from Underground Skunkworks (UGSW) I was intrigued but skeptical. After all, there’s no shortage of garage gunsmiths who claim their rifles are the pinnacle of tactical precision. Additionally, on more than one occasion, I’ve written-up a custom gun only to learn the builder could not meet demand and wasn’t the real deal. This is bad for me, the magazine and the builder but mostly the consumer. 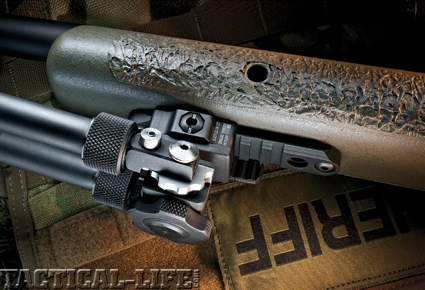 The accessory rail mounted along the underside of the forearm greatly simplifies bipod attachment, such as Atlas Precision’s V8 BT10 bipod.

Underground Skunkworks
I met with Mike Bush, the guy who builds these rifles and was impressed by his professional yet unassuming attitude. Bush grew up in Alabama working in his father’s Diesel shop, building engines and setting a foundation for mechanical understanding. An Alabama boy, he obviously had an interest in firearms and spent a lot of time shooting. After high school, Bush went to college for electronic engineering and at 24, he went to work for the FBI as an Electronics Technician in the New Orleans Division. During this time he shot competitively, enough to learn out-of the-box weapons simply didn’t satisfy him. 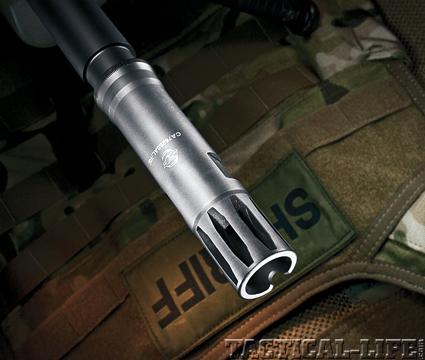 The Underground Skunkworks Kukri rifle comes with a SureFire muzzle-brake, allowing for the easy addition of a suppressor with just a simple twist.