by Darryl Bolke
in Uncategorized
0

As the use of patrol rifles and carbines become more commonplace in the law enforcement community, we are also finding ways to enhance factory rifles to perform better in the field. With this trend comes the unfortunate situation where many officers are placing additions onto their guns that are substandard and of questionable quality. 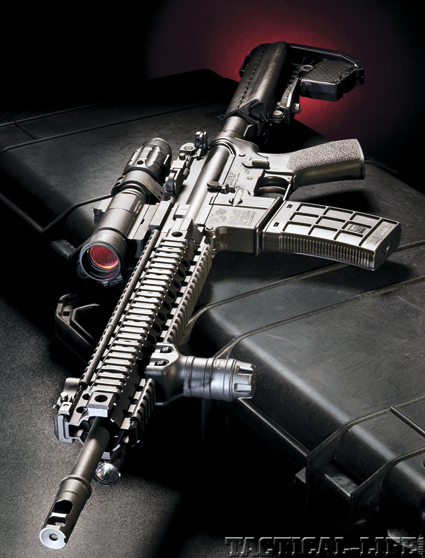 From aerial gunnery to fast, accurate shooting out to 600 yards, this general-purpose AR-platform rifle does it all.

I have always subscribed to the “buy quality, buy once” theory, and I also extensively test my gear to ensure it functions flawlessly in the field and can be counted on during a crisis. I had two rifles built over the last couple of years that have performed flawlessly and surpassed my expectations of quality. The first rifle was built to fill a need for a “general-purpose police rifle.” This is a gun that can perform a laundry list of tasks really well with a one-gun approach. The first gun worked so well that I built a second gun as a near-perfect patrol rifle that would work well in an urban police law enforcement function. Both guns were built around Centurion Arms’ C4 rail systems, double-chrome-lined, 16-inch cold-hammer-forged barrels and mid-length gas systems.

General-Purpose Build
The first gun is one of my all time favorite rifles. It has performed so well that I would put it up against any modern combat rifle. The gun started life as a Colt LE6920. Ken Elmore at Specialized Armament Warehouse (SAW) did his proprietary reliability package on the upper and lower. The gun then had the Centurion Arms 16-inch lightweight mid-length (9-inch gas system) upper installed. When Centurion released their 12-inch C4 handguard, this was one of the first guns fit with it. 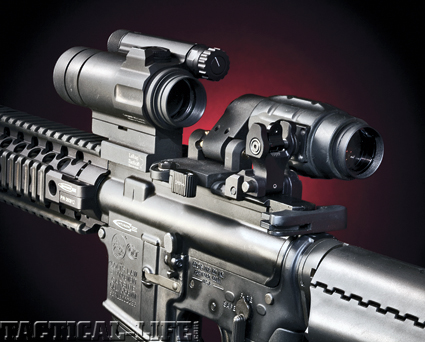