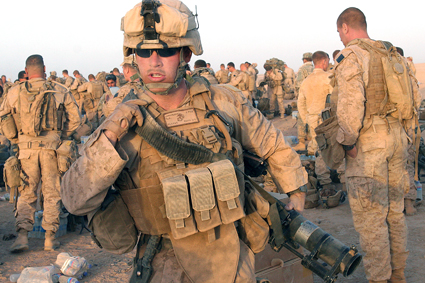 WASHINGTON, July 2, 2009 – Thousands of American servicemembers and hundreds of Afghan soldiers launched Operation Khanjar today to provide security to the Helmand River Valley in southern Afghanistan, according to officials here and in Kabul.

Some 4,000 Marines, sailors and soldiers and 650 Afghan soldiers launched nearly simultaneous air and ground assaults all along the river, officials said.

The forces, under the command of NATO’s International Security Assistance Force, are entering areas where few – if any – coalition forces have been in the past. Helmand province is a stronghold of the Taliban, and the coalition mission is to secure the area and make it safe for Afghans to live without the threats of militant groups.

“The operation in Nawa is going to be very effective,” Helmand Gov. Gulab Mangal said. “The security forces will build bases to provide security for the local people so that they can carry out every activity with this favorable background and take their lives forward in peace.”

This is the first operation to use the troops President Barack Obama ordered to the area after taking office.

The operation is part of an overall NATO effort in to extend security to the Afghan people in southern Afghanistan. Similar operations are under way in other parts of Helmand and in Kandahar province, including the British-led Operation Panchai Palang, which began last week.

The effort is designed to connect local Afghans with their legitimate government while establishing stable and secure conditions for national elections scheduled for August, as well as enhanced security for the future, officials said.

“What makes Operation Khanjar different from those that have occurred before is the massive size of the force introduced, the speed at which it will insert, and the fact that where we go we will stay, and where we stay, we will hold, build and work toward transition of all security responsibilities to Afghan forces,” said Marine Brig. Gen. Larry Nicholson, the brigade commander.

Officials said the focus remains true to counterinsurgency doctrine: ensuring the safety, security and stability of the area. Once secure, the British-run Helmand Provincial Reconstruction Team in Lashkar Gah, working with Afghan government officials, will follow up security gains with economic and governance projects.

“The Taliban offer no future, no hope, and we will work to provide immediate security gains to the local citizens of the Helmand River Valley,” Nicholson said in a written statement. 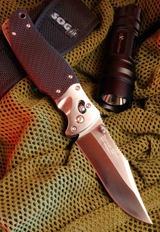