Oshkosh Corporation announced the U.S. Army has affirmed the contract award to the Company, originally received on Aug. 26, 2009, to produce the Family of Medium Tactical Vehicles (FMTV).

The bids of all three competitors for the FMTV program were re-evaluated by the U.S. Army in response to recommendations made by the Government Accountability Office (GAO) following a review of competitors’ protests of the original contract award to the Company. The Army undertook an exhaustive review during this FMTV bidding process and applied fairness and rigor to its decision. Upon completion of a thorough, in-depth re-evaluation, the Army determined the contract would remain with Oshkosh. Additionally, the Army canceled the September 4, 2009, stop-work order it had issued pursuant to the GAO’s protest procedures. The Oshkosh contract allows the Army and U.S. taxpayers to begin realizing significant cost savings for the FMTV program.

“We are very pleased the Army affirmed its original decision that Oshkosh Corporation’s FMTV bid clearly represents the best overall value for the Army, the taxpayers and the Warfighter,” said Robert G. Bohn, Oshkosh Corporation chairman and chief executive officer. “Oshkosh Corporation, our employees and our suppliers stand ready to serve our customer, and we are delighted that the Army has yet again concluded that Oshkosh was the right choice. Our focus has always been on the Warfighter and making sure we deliver high-quality, high-performing vehicles on time.”

The FMTV rebuy program is a five-year, firm fixed-price requirements contract for the production of up to 23,000 vehicles and trailers, as well as support services and engineering. Oshkosh received the contract from the U.S. Army Tank-automotive and Armaments Command Life Cycle Management Command (TACOM LCMC) with an initial delivery order valued at $280.9 million for the production and delivery of 2,568 trucks and trailers.

The FMTV is a series of vehicles consisting of up to 23 variants and 17 different models, ranging from 2.5-ton to 5-ton payloads. Oshkosh already produces the Army’s Family of Heavy Tactical Vehicles (FHTV) and works with nearly every one of the FMTV current component suppliers across the country as integral partners in other military programs.

Oshkosh is the only current manufacturer of both medium and heavy tactical wheeled vehicles in the U.S. defense industry, having produced more than 70,000 military-class vehicles in its manufacturing facilities. Oshkosh’s manufacturing facilities have ample production capacity for all current and pending military vehicle programs, including the FMTV and the MRAP All Terrain Vehicle (M-ATV), as well as any surges in production. The company’s advanced and integrated assembly line facilities allow for the simultaneous production of several different vehicle models and variations. Oshkosh Corporation’s proven production capabilities were recently recognized by the National Center for Advanced Technologies (NCAT), which awarded Oshkosh with a 2009 Defense Manufacturing Excellence Award for its M-ATV launch team, which has exceeded delivery requirements for seven consecutive months. 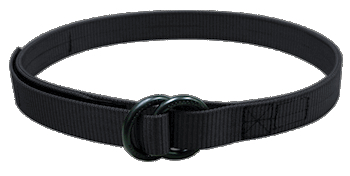 Oshkosh Corporation announced the U.S. Army has affirmed the contract award to the Company, originally…