NATO and Afghan officials, meanwhile, urged militants holding Marjah, where an offensive is expected, to lay down their arms and warned civilians there to “keep your heads down.”

About 400 U.S. troops from the 5th Stryker Brigade as well as 250 Afghan soldiers and their 30 Canadian trainers moved into positions northeast of the town.

No casualties were reported. Large plumes of smoke could be seen in the area, and reporters traveling with the U.S. unit could hear the distant rattle of 50-caliber machine gun fire and detonations from MK-19s, which fire 40 millimeter grenades from Stryker vehicles.

U.S. officials have not said when the main attack on the town of some 80,000 people will take place but have nonetheless heavily publicized plans to attack, causing hundreds of people to flee the opium-producing center in advance of the fighting.

On Tuesday, however, Taliban militants prevented townspeople from leaving Marjah, as families huddled inside their homes, witnesses said.

The offensive will be the first major one since President Barack Obama announced he was sending 30,000 reinforcements toAfghanistan.

Read the rest of the AP news story at Yahoo! News. 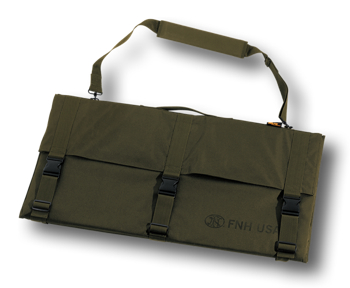