When a bomb exploded under Dan Luckett’s Army Humvee in Iraq two years ago — blowing off one of his legs and part of his foot — the first thing he thought was: “That’s it. You’re done. No more Army for you.”
But two years later, the 27-year-old Norcross, Ga., native is back on duty — a double-amputee fighting on the front lines of America’s Afghan surge in one of the most dangerous parts of this volatile country.

Luckett’s remarkable recovery can be attributed in part to dogged self-determination. But technological advances have been crucial: Artificial limbs today are so effective, some war-wounded like Luckett are not only able to do intensive sports like snow skiing, they can return to active duty as fully operational Soldiers.

Luckett was a young platoon leader on his first tour in Iraq when an explosively formed penetrator — a bomb that hurls an armor-piercing lump of molten copper — ripped through his vehicle on a Baghdad street on Mother’s Day 2008.

His Humvee cabin instantly filled with heavy gray smoke and the smell of burning diesel and molten metal. Luckett felt an excruciating pain and a “liquid” — his blood — pouring out of his legs. He looked down and saw a shocking sight: his own left foot sheared off above the ankle and his right boot a bloody mangle of flesh and dust.

Still conscious, he took deep breaths and made a deliberate effort to calm down.

A voice rang out over the radio — his squad leader checking in.

“1-6, is everybody all right?” the Soldier asked, referring to Luckett’s call-sign.
“Negative,” Luckett responded. “My feet are gone.”

He was evacuated by helicopter to a Baghdad emergency room, flown to Germany, and six days after the blast, he was back in the U.S.

As his plane touched down at Andrews Air Force Base, he made a determined decision. He was going to rejoin the 101st Airborne Division any way he could. 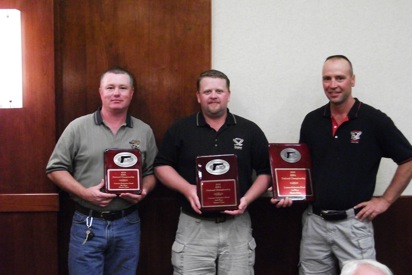