FORT BENNING, Ga. – The U.S. Army Marksmanship Unit, in conjunction with the Maneuver Center of Excellence and Fort Benning, will host the 2010 U.S. Army Small Arms Championships, the ‘All-Army,’ February 20-27. Training and competitions are open to all Soldiers of any rank in the entire Army formation, including West Point and college ROTC cadets, Army Reservists and National Guardsmen.

The All-Army Matches consist of Small Arms Firing Schools, Excellence-in-Competition Matches and special combined-arms combat matches. Champions will be awarded All-Army Trophies and Soldiers can earn EIC Marksmanship Badges, which are permanent-wear Army awards as described in Army Regulation 600-22 and have precedence above the standard qualification badges. The most coveted awards given out are Secretary of the Army Trophy M-1 Garand Rifles.

“The ‘All-Army’ is designed to test the entire depth of a Soldier’s shooting ability,” said Lt. Col. Daniel Hodne, commander, USAMU. “To succeed in the U.S. Army Small-Arms Championships, you must effectively employ the range of individual weapons from pistol, to rifle, and even to sniper rifle. Doing so with precision while under the stress of competition will challenge even the most experienced of shooters.”

Soldiers will compete in separate Cadet, Novice, Open and Pro classes based on their competition experience. Soldiers will fire M-16 or M-4 service rifles at distances between 25-500 yards and M-9 pistols between 7-35 yards. The long-range matches consist of firing the M-21 or M-24 at targets from 800-1,000 yard distances.

There are special category awards and trophies also for High Drill Sergeant, High Novice and high enlisted Soldier, Guard, and Reserve (E1-E4). Cadets enrolled in an Army ROTC program are eligible for $6,000 worth of scholarship money.

Battalion-level and up teams compete for team awards and unit recognition. All Soldiers will receive advanced marksmanship instruction and training materials to conduct Train-the-Trainer clinics upon return to their home station.

“The USAMU will provide training on all of the weapons prior to the start of the match program,” Hodne said. “All Soldiers will leave the ‘All-Army’ as more capable marksman, no matter where they find themselves in the overall standings.”

At the matches, coaches and noncommissioned officers-in-charge of the USAMU Service Rifle and Pistol teams will scout, identify and invite selected Soldiers to compete at the Interservice Championships and the National Matches later this summer. Soldiers selected to represent the Active Army are funded by the USAMU.

“It’s a win-win for the Soldiers who participate,” added Cpt. Seth Loertscher, operations officer, USAMU. “They get invaluable training from the Army’s best shooters and have all of the ammunition provided for them. All they have to do is get in their gear, shoot weapons for an entire week and they’ll walk away with some great prizes and a memorable experience. It’s guaranteed to be a good time for the competitors.” 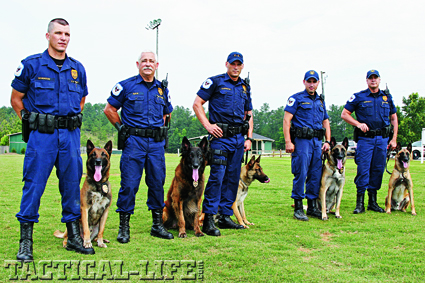 FORT BENNING, Ga. - The U.S. Army Marksmanship Unit, in conjunction with the Maneuver…