Gates said the United States welcomes its partners’ ideas in putting the final plan to work.

“The review is a work in progress … we are still eagerly soliciting ideas from our allies and friends, as we did from the Afghans and Pakistanis last week,” Gates told reporters at news conference from the steps of the Pentagon. “This isn’t a pro-forma exercise. We are genuinely interested in other people’s thinking on the way forward in Afghanistan.”

Gates and MacKay spoke with reporters following their first bilateral meeting here under the new administration.

The defense leaders discussed the way forward in Afghanistan from a Canadian perspective, and what Canada might add to the Afghanistan review, MacKay said. The American ally has expertise from its experiences in the southwest Asia region.

“We’ve had very good interaction,” MacKay said. “[Canada] has experience in Pakistan as well, in addition to what we’re doing in Afghanistan. I think Canadians recognize, as do others, that this review helps put in context the regional challenges — that this obviously goes beyond any one country.”

The work NATO has done to build capacity in Afghanistan’s government and military shouldn’t be overshadowed by similar needs in Pakistan, MacKay said. Pakistan is a country that “you absolutely have to include on the way forward and on the plans that will eventually lead to improved status for both countries,” he added.

“We’re watching, of course, very closely what’s developing inside Pakistan,” MacKay said. “And I expect that this review, upon completion, will be very important — not a restart, but a continuation of the ongoing strategy.”

Despite recent reports that Canada’s mission in Afghanistan would end in February 2011, MacKay said that’s not exactly true. Canada’s parliament motioned to end combat operations, but the NATO mission in Afghanistan will need additional assistance, such as civilian-operated provincial reconstruction teams to build government and economic capacity, he said.

“We will absolutely be in Afghanistan performing important tasks,” he said. “There is much more that can be done in Afghanistan beyond combat, and I suspect quite strongly that Afghanistan will look much differently in 2011. We will be involved in consultations with our allies, but we will always respect the parliament of Canada.”

MacKay also expressed his gratitude for the condolences Gates offered for the three Canadian soldiers killed by a roadside bomb March 4 in Afghanistan. A total of 111 Canadian soldiers have been killed there since 2002.

“I was very appreciative of the condolences, which I will convey to the families of the soldiers who lost their lives. Clearly, we are often finding ourselves expressing sympathy and solidarity in what is a challenging mission in Afghanistan. It has been a No. 1 priority for our governments’ ongoing efforts to rebuild Afghanistan.”

Canadian forces have been operating in Afghanistan since January 2002, but their presence didn’t mature until spring 2006 when their task force grew to more than 2,500 troops and assumed greater responsibilities in southern Afghanistan. Canadian commanders share a six-month rotation cycle with Great Britain and the Netherlands for command responsibilities in Kandahar province. 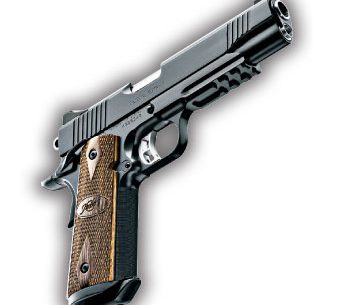 WASHINGTON– As the Obama administration continues its comprehensive review of the Afghanistan strategy, Defense…